Diana Acevedo (PhD, Basic Science) won a 2017-2021 Madison and Lila Self Graduate Fellowship for her high potential, achievements, and strong work ethic. She was nominated by her department for this distinguished award.

Diana sought our help at the Writing Center for her personal statement. Her odyssey from her native Colombia to KUMC impressed us with its many turns and steady vision of helping others. In our view, Acevedo wrote an inspiring statement not only of her academic choices, career goals, and leadership priorities but also her fight to overcome obstacles and realize dreams. We are proud to have played a small part in her success.

Self Fellows receive 30k for four years, participate in the Fellow Development Program, and train for future leadership roles. Diana's research in cancer has been recognized at conferences and in publications. She has earned several awards for her incisive research. In addition, Diana maintains an active leadership role at KUMC and in the Kansas City community, including mentoring young Latina/o students to pursue higher education, especially in the sciences.

Matthew Moreno (PGY-1) won the 2017 American Medical Association Excellence in Medicine Minority Scholars Award. This award came with a $10k scholarship. It is awarded to 25 students nationally for academic achievement and a commitment to eliminating health disparities.

Matt came to the Writing Center for help on his scholarship essay. Several important questions arose in consultation concerning what inspires a medical career and how one makes an impact. He was able to translate these questions into writing that perceptively articulates both the doctor's and patient's perspectives. Above all, Matt's statement showed that his firsthand experience with illness in his family, his years of giving to others, and his success in medical school "serve as an example for others to not give up hope."

Moreno's research has focused on the role of health disparities in the diagnosis and treatment of pulmonary hypertension in minority and low-income patients. He was part of an initiative called PH Care for All. He's also been a leader in the American Thoracic Society research statement, "Health Equality for Patients with Pulmonary Arterial Hypertension: A Blueprint for Action." These accomplishments served him well in refining his focus. On Match Day, Moreno stated he hopes to "be a microsurgeon and ultimately practice in Kansas."

Matt will be a resident in KUMC's plastic surgery department this fall. We wish him the very best in the time ahead.

Amanda Delise Huerta (DNP, Nursing, 2020) was named a Jonas Scholar last fall in recognition of her focus on chronic health, environmental health, and 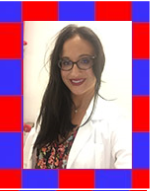 preventive health. She joined a prestigious group of Jonas Scholars across the country whose exceptional leadership is crucial to the future of nursing.

When Amanda sought out the Writing Center for her Jonas application, we instantly saw her qualities as an astute nurse and compassionate caregiver. Her passion and goals were centered on neglected, marginalized groups that she has served tirelessly-abroad as well as at home. Working regularly with us on her personal statement, Amanda discovered powerful themes of caring and support in her own family history that are embedded in her nursing experiences. Discoveries are what writing is all about, and Huerta's writing revealed a story of both understanding and action on behalf of others that shows her potential as a future leader.

Huerta has been empowered by her immigrant family's example to work hard, and in the process, we feel, she has learned to write exceptionally well. It is part of her endeavor, as she writes, "to make change now and for tomorrow." Our congrats to Amanda as she nears completion of her doctoral degree. 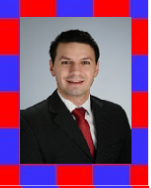 Eber A. Silveira Beck, Jr. (PhD, Rehab Science) won the SHP 2019-2020 Dean's Diversity Scholarship. This scholarship, which required a personal statement, recognizes the outstanding work of KUMC students who exemplify commitment, leadership, and success over adversity in their education and lives.

Eber visited the Writing Center for feedback on his personal statement which was nearly complete early in the writing process. But even with a little feedback, he revised and transformed his draft into an outstanding essay. Although personal statements never go beyond the eyes of committees, they must communicate, and it was clearly Eber's motivation to do first-rate writing for his application. We saw firsthand how he used his exemplary service to others and personal journey to health care to master the personal statement. No small feat, as the PS reflects a way to make sense of both one's life and the world in a unique, coherent way.

Kudos to Silveira Beck on this much-deserved award! We're confident we'll see great things from him in the future-both in the clinical setting and in the written word.

The Writing Center website will regularly feature KUMC students and residents whose writing accomplishments are worth noting. Please let us know about your work or that of others. Email us writing@kumc.edu or call 913-945-8477. We'd love to hear from you.