Baby Talk is NOT for Older Adults

Using baby talk (elderspeak) is based on negative stereotypes of older people being less competent, and using it can make them feel that way. 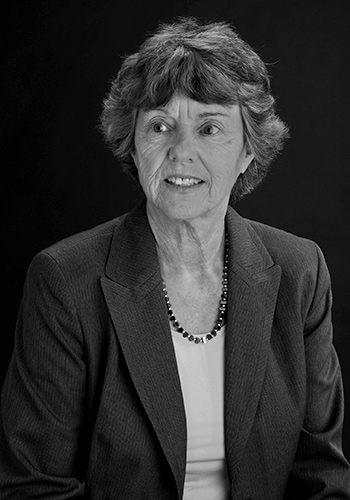 WHEN SHE WAS ENTERING HER SIXTIES, Janice F. was physically fit and had no health problems at all. Nonetheless, in her seventh decade of life, the Kansas City resident began to notice something. Strangers such as wait staff and cashiers had begun to call her “dear,” “sweetie,” and “honey.” It didn’t end with terms of endearment, either.

“People younger than me started speaking to me slowly, some of them making eye contact as if I were a toddler,” she said.

There’s a term for this use of baby talk to communicate with older people, especially those with dementia: elderspeak. Most people who talk to elderly people in that manner intend to convey concern and affection and genuinely mean to be kind. But many older people, who are often already struggling with negative feelings of self-worth as they begin to lose their independence, feel degraded by elderspeak’s sweet condescension.

“Elderspeak is based on negative stereotypes of older people being less competent, and using it can make them feel that way,” explains Kristine Williams, RN, Ph.D., FNP-BC, FGSA, FAAN, the E. Jean Hill Professor at the University of Kansas School of Nursing.

Williams has been studying the use of elderspeak by health care providers since she was in a doctoral program in gerontology at the University of Kansas in Lawrence. She was the first graduate of that program. Her work was been cited by the Alzheimer’s Association and featured in the national media, including Good Morning America and CBS News.

Elderspeak typically employs simplistic vocabulary and grammar, short sentences, and plural pronouns such as “we” and “our,” implying that the older person cannot act independently (e.g., “do we want to eat our breakfast now?). And then there’s the tone Janice observed: elderspeakers tend to speak more slowly or in a higher pitch and use inappropriate terms of endearment such as honey or sweetie.

“Honey, sweetie and dear can be valid expressions of affection for a loved one,” noted Janice. “Outside that context, they are just diminutives with all the attendant negative connotations.”

Williams’ research delves specifically into how this infantilizing, but well-intended and widespread form of communication, affects patient care.

“Nurses often switch into using elderspeak when people look frail and infirm,” said Williams. “It can be a challenge not to use it. We think it shows caring, but we often don’t realize the negative consequences.”

A decade ago, Williams led a study in which she and her fellow researchers collected 80 videotaped interactions between nursing home residents and staff to analyze the relationship between the nursing staff’s communication style and what is known as “resistiveness to care.”

Resistiveness to care is already common in older people with dementia. It is estimated that between 70 and 90 percent of long-term care residents with dementia exhibit aggression or agitation, especially during personal care. These patients can be physically aggressive, irritable and given to vocal outbursts, and prone to wandering, all of which make it harder for nursing staff to help them with daily activities such as eating, bathing, going to the bathroom and getting dressed.

Frame by frame, the researchers coded the nursing staff’s interactions as elderspeak, normal talk and silence and measured the residents’ responses by tracking resistant behaviors such as turning away, screaming and saying no to what staff members asked them to do.

“The behavior is likely due to an unmet need because they can’t express themselves verbally,” said Williams. “This shows that the way we communicate is pretty powerful.”

When people with dementia become resistant to care, not only does it affect their quality of life, but it also causes stress for the nursing staff who unwittingly are creating the problem, resulting in staff burnout and turnover. Moreover, these behaviors have been estimated to increase the cost of providing care by one-third.

The obvious conclusion seems simple: reduce the use of elderspeak. The issue is how. Two years ago, Williams completed a clinical trial that tested whether an educational intervention could train nurses and nurse’s aides to stop using elderspeak, and if that reduction then led to fewer resistive behaviors in nursing home patients with dementia.

The intervention, called Changing Talk (CHAT), which consisted of three one-hour training sessions conducted by one of the researchers, was used to train staff in 13 nursing homes in the Midwest. The CHAT classes focused on certified nursing assistants, who provide most of the direct patient care and training them to monitor themselves for elderspeak. The nursing assistants watched 20 video recordings from actual nursing homes that show good communication skills and poor communication using elderspeak.

The nursing assistants were videotaped working with residents before and after the CHAT intervention and again at a three-month follow-up. The result? A significant drop in the use of elderspeak and a reduction in resistive behavior. Moreover, though this was not part of the study, the researchers also noticed a decrease in the use of antipsychotic drugs – medications that are often used inappropriately to deal with these behaviors, said Williams.

Williams believed this is a big payoff for such a brief, inexpensive and non-pharmacological intervention.

“We showed that going through this training is a relatively easy way to make an impact on improving care,” Williams said.

Ruth Herman, Ph.D., associate researcher at the Center for Public Partnerships and Research at the University of Kansas in Lawrence, who served as project manager on this research, knows first-hand how degrading and unproductive elderspeak can be. “Around the time I was becoming involved with these projects, my mother was diagnosed with Alzheimer’s,” she said.

“The lessons I learned from these studies was a tremendous help to me personally in my communication with my own mother as she exhibited memory problems. I explained to staff and my siblings about elderspeak, and when they would try to minimize the elderspeak, my mom seemed happier.”

Williams is currently planning a larger study using new CHAT online modules to train staff at with 120 nursing homes and measure antipsychotic drug use as well as behavioral outcomes. She would like the online training to be available to nursing homes and assisted living facilities across the country. Good communication, she says, is one inexpensive way to greatly improve care and benefit staff across the country.

“We have a long way to go, and sometimes we get overwhelmed and focused on new technology and regulations, and we lose sight of communication as an important tool we have for working with people,” Williams said. “It’s part of the art of nursing, and it’s critically important.”