Medical student learns from volunteer faculty member not once, but twice

At KU School of Medicine-Wichita, we’re celebrating National Volunteer Month by highlighting some of our volunteer faculty members and the important role they play in the education of our medical students. 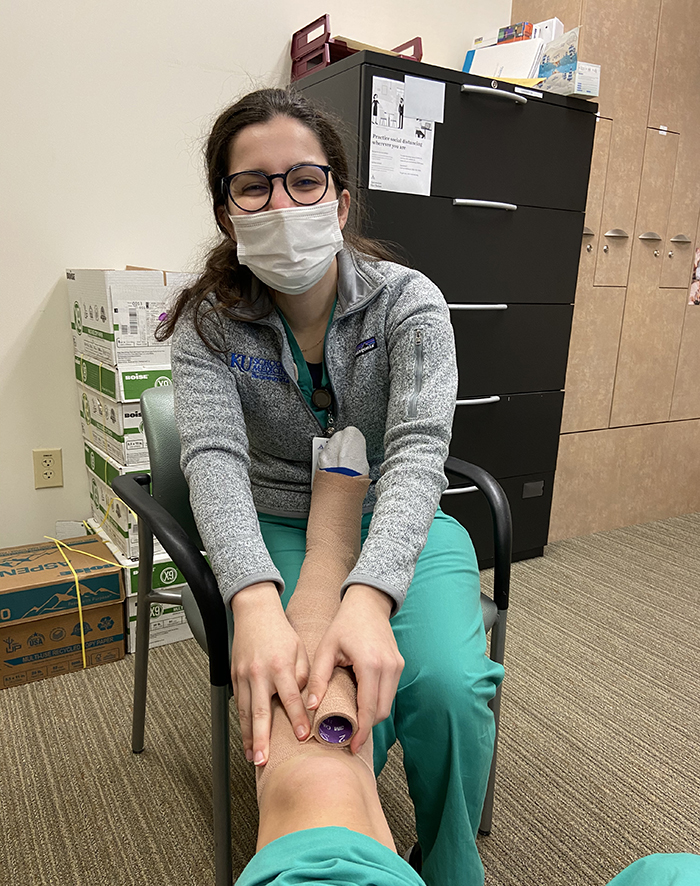 Zeina-Christina Zayat is pictured here learning how to cast. A highlight of her medical education has been her time with volunteer faculty member Diane Steere, M.D.

When Zeina-Christina Zayat began her third-year family medicine rotation with Diane Steere, M.D., she was feeling indecisive about choosing a specialty.

“I said, ‘Zeina, hold that thought because I’m going to show you family medicine,’” Steere recalled. “After the first week, she said, ‘I’m having so much fun.’”

So much that Zayat requested a second rotation with Steere during her fourth year of study.

“I really wanted to go back and show her what I learned,” said Zayat, who also hoped to confirm that family medicine was the right path for her.

When Zayat learned she would embark on a family medicine residency in Fort Worth, Texas, Steere was one of the first people she texted. 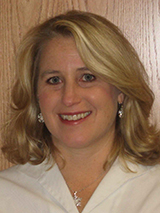 Steere has been a volunteer faculty member for KU School of Medicine-Wichita for more than 25 years.

“Family medicine is the only specialty that takes care of patients from birth to death,” she said. “Teaching reminds me how special that is.”

She established a rapport with Zayat quickly, in part because the two women were already connected: The medical student attended the same high school as Steere’s children.

“I was grateful that I randomly got placed with someone who I actually had a relationship with outside of medicine,” Zayat said. She feels as though the connection inspired Steere to push her harder, which she appreciated.

Relationships, Zayat learned, are the foundation of Steere’s practice. The physician has attended parents’ birthdays, weddings and funerals. She treats whole families, sometimes across five generations.

“She is not one of those doctors who is in and out in five minutes,” Zayat said. “She would give so much time to explain things so that hopefully that would help patients make lasting changes.”

Steere’s willingness to teach medical students is energized by a similar impulse.

“Being a family doctor is partly being a teacher,” she said. “We’re naturals, because every day we’re teaching patients.”

She volunteers her time because she believes family medicine has important lessons to teach, even to students who plan to narrow their focus after medical school.

“They have to remember their patients are more than just one problem,” Steere said. “It’s very easy to forget that when you’re a subspecialist.”

She has found that students are almost always eager to learn, but Zayat was a standout.

“Zeina is so smart, such a quick learner, and so interested in each patient as a person,” Steere said. “My patients just adored her, which is such a wonderful thing to see.”

For her part, Zayat hopes to return to Wichita after her residency to become a colleague of Steere’s.

“I will be happy if I can emulate even 1% of her approach,” she said.