Meet the 4-Wichita Advancement Board Leadership, Committee Chairs and Members 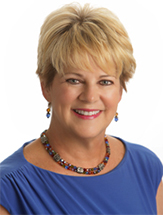 Sue Watson received a bachelor’s degree in elementary and special education in 1975 from the University of Kansas. She served on the KU Alumni Association National Board from 2003-2011, and as co-chair of Far Above: The Campaign for Kansas, the capital campaign for the University of Kansas. Sue serves on the Wichita Art Museum Board of Trustees, the Junior League of Wichita, Inc. (and was awarded Sustainer of the Year Award in 2007), the Andover Advantage Association and Catholic Charities Harbor House. Sue has also served as co-chair of the Wichita Art Museum’s 75th Anniversary Gala, served on the Arts Partners Board and chaired the first Tunes on the Tarmac, Music Theatre Board of Directors and was performers’ card promotion co-chair. She served on the board of Sedgwick County Zoo and chaired the Zoobilee fundraiser, was co-chair of a successful Andover Middle School Bond Issue and was co-founder and chair of the first Jayhawk Roundup. 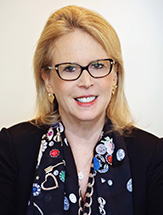 Jill Docking, MBA has worked in the financial services industry since 1988 and is a long-time resident of Wichita. In 1999, she founded the Financial Fitness Foundation, a not-for-profit focused on teaching financial literacy in the K-12 school system. Jill serves on the board of the Sedgwick County Historical Society, the Mid-Kansas Simulation Center and the Dana Farber Advisory Board. In 2007, Jill was appointed to the Kansas Board of Regents by then-Governor Kathleen Sebelius and served as chair of the regents. She has also served on the Board of Trustees of Newman University and Big Brothers/Big Sisters of Sedgwick County. In 1993, Jill became the first woman to receive the gubernatorial appointment as the commanding general of the Kansas Cavalry. Jill was a Wichita Business Journal Women in Business honoree in 2004, and she was recognized as a WBJ Newsmaker in 2010 for her work on the Board of Regents. Jill earned a Bachelor of Arts in history from KU in 1978 and a Master of Business Administration in 1983. Jill has two children, Brian and Margery. 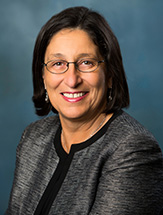 Noreen M. Carrocci, Ph.D., was president of Newman University in Wichita, Kansas, from July 2007, until she retired in December 2019. During her tenure, Newman University achieved record enrollment, retention and graduate rates. A successful campaign led to renovations for nursing and allied health program facilities, and the construction of the Bishop Gerber Science Center in 2017. In addition to her duties as president, Noreen has been very active in the Wichita community. She chaired the Via Christi Hospitals-Wichita Board of Directors from 2013-2016. Noreen also served on the boards of the Wichita Community Foundation, Wichita Grand Opera, Wichita Rotary Charitable Fund, KU School of Medicine-Wichita 4-Wichita Advancement Board and Wichita Chamber of Commerce (ex-officio). Through the Greater Wichita Partnership, she served as co-chair of the Business-Education Alliance from 2015-2019. She started a new term on the 4-Wichita Advancement Board in 2021.

Prior to her tenure at Newman University, Noreen served as provost and vice president for academic affairs and professor of communication from 1998 until 2007 at Spring Hill College (Mobile, Alabama). Noreen was dean of the Undergraduate College at the University of St. Thomas (Minnesota) from 1994 to 1998, and faculty member, department chair and associate dean of the College of Arts and Sciences at Saint Louis University from 1979 to 1994. She earned her A.B. degree (1975) at Miami University (Ohio) in speech communication and psychology, and her M.A. (1977) and Ph.D. (1979) degrees at the University of Kansas in speech communication and human relations. 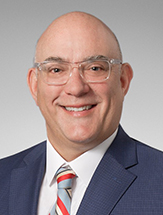 Brian Pate, M.D. grew up in Roeland Park, Kansas, and has wanted to be a doctor ever since he was a little kid. While in high school, Brian met his wife, Christy, and together they have three sons: Sam, Nick and Matt. Brian obtained his Bachelor of Science in biology from Creighton University in 1991, and his doctorate of medicine from KU School of Medicine in 1995. He completed his pediatrics residency at Children’s Mercy Hospital in 1998. In 2015, Brian became chair and associate professor for the Department of Pediatrics at KU School of Medicine-Wichita. Previously, he served as division director, Pediatric Hospital Medicine, and vice chair for inpatient services at Children’s Mercy Hospital. Brian was recently named to the Leadership Kansas Class of 2018. He is a fellow of the Society of Hospital Medicine and the American Academy of Pediatrics. His professional interests include hospital medicine, patient safety, continuous process improvement and health care administration. When Brian is not working, he loves being with his family most. If not with them, he can be found fishing, tying fly fishing lines, drawing/painting fishing and outdoor scenes, and reading. 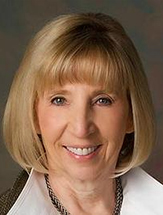 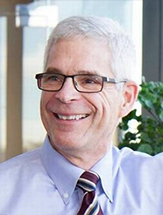 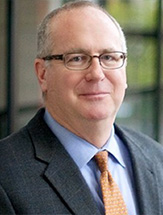 It shall be the duty of the Fund Development Committee to assist the staff in identifying, cultivating, and soliciting individuals, corporations, and foundations for private gifts that will help support the mission of KU School of Medicine-Wichita. The Fund Development Committee shall work to involve all members of the 4-Wichita Advancement Board, as necessary and appropriate, in supporting the philanthropic goals of KU School of Medicine-Wichita. 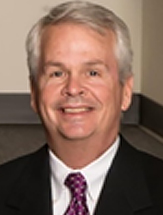 It shall be the duty of the Governmental Affairs Committee to assist KU School of Medicine-Wichita at the local, state, and federal level, as appropriate, in their respective efforts to increase governmental awareness, understanding and involvement in the needs and programs of KUSM-W. The Governmental Affairs Committee may also, as appropriate, assist in efforts to effect desirable changes in laws, rules and regulations affecting KU School of Medicine-Wichita. The Committee will accomplish this through member communication and advocacy with key governmental contacts and by working to build lasting relationships with governmental officials and other community leaders.