The values we embrace within the Radation Oncology Department include collaboration, accountability, respect, compassion, integrity, excellence and teamwork.

The University of Kansas Medical Center Radiation Oncology Department is committed to being at the forefront of finding better treatments and cures for cancer through its superior clinical care and clinical trials coupled with cutting-edge research in cancer biology, medical physics, and health services. We understand that patients and society require that health care becomes better in terms of treatment delivery and outcomes, faster for convenience to patients and their families, and cheaper to address the problem of the increasingly unaffordable healthcare delivery system. We recognize that both cost and quality measure the value of the healthcare which patients and society seek.

The University of Kansas School of Medicine began in a small building at the joining of Rosedale and Kansas City, Kansas in 1905. In 1914, the department of Roentgenology, the combined practice of Radiology and Radiation Therapy, was started in a single room on the ground floor of that building with nothing but a transformer, a table, and a tube stand.1

Not until a young doctor named Galen M. Tice took over the department in 1930 did much change.  Dr. Tice had only graduated from the University of Kansas Medical School the year prior, but he was nonetheless appointed Chairman of Radiology by Dean Wahl after being the department's intern. Dr. Tice did not become certified by the American Board of Radiology until he passed his exam in 1934, but what he lacked in experience, he made up for in drive.  First using the same 140 KVP air-cooled tube for both x-ray imaging and therapy in the basement of the new Bell hospital, he expanded the Department exponentially before his retirement in 1965.2

In 1935, Dr. Tice was thrilled to be moved to the second floor of the hospital and acquire three rooms for the department, one as the fluoroscopic room, one for diagnostics, and one for the therapy couch, a leaded table with a tube installed inside.3

The 1930s and 1940s were marked by the Great Depression and World War II, slowing advances in medicine as well as funds to purchase updated equipment.  In 1948, the University of Kansas Radiology Department dismantled its last spark gap x-ray machine.2

However, the late 1940s and the 1950s marked a boom for the Department of Radiology, spurring Dr. Tice to increase the staff to two clinicians and hire a dedicated resident. By the 1960s the department had three distinct areas, each run by one of the three doctors: special procedures and neuroradiology, therapy, and pediatrics and nuclear medicine.  Dr. Tice acquired one of the first cobalt therapy units in the city.2   After Dr. Tice retired in 1965, Dr. Nels Strandjord was appointed Chairman of Radiology.  Being more interested in diagnostics than therapy, Dr. Strandjord separated the treatment specialty and hired Dr. George Cowan to run the section.  However, it was not until 1973 that Radiation Therapy became an independent Department from Radiology under the supervision of Dr. Richard Morrison as Interim Chairman.  In 1976, Dr. Carl Mansfield was recruited from Thomas Jefferson College of Medicine in Philadelphia to be the first Chairman of the new Department of Therapeutic Radiology.4

The original offices and facilities of the Department of Therapeutic Radiology were located on the first floor of Wescoe and treatments were administered where Dietetics now resides.  The department used one teletherapy machine and housed a large machine shop as well as a Radioisotope room.5 Dr. Mansfield helped with one of the most important developments of the Department of Therapeutic Radiology when, in 1979, ground broke on the new Mid-American Radiation Therapy Center, which we now know as the Richard and Annette Bloch Radiation Oncology Pavilion. The building was completed and a ribbon cutting held on April 16, 1980, boasting some very advanced features for the time.4

The facility was one of only five to have 40 MEV linear accelerator in the country, costing about $1.5 million. It also had multiple other machines: 20 MEV and 6 MEV linear accelerators and a Cobalt 60 unit.  The walls were originally seven feet thick with a six-foot-thick ceiling and one ton doors for additional protection. The center was built mostly underground to insulate against radiation dispersion and conserve energy.  It was also originally planned to be the base of a five story building meant to consolidate all cancer treatment programs under one roof.6  However, the building plans fell through.  With building costs constantly increasing and the need to shut down the Radiation Oncology department during the time of construction, the plans were eventually cancelled.5  At the time, the department saw about 900 patients annually and hoped that the new building would increase that to roughly 1,500 patients a year.7

When Dr. Mansfield returned to Philadelphia in 1985, he was succeeded as Chairman by Dr. Richard Evans.  In 1996, with Dr. Evans' departure, all oncology services were sold to Salick Healthcare, a publicly held chain of out-patient cancer centers based in Los Angeles, California.  In 2004, the University of Kansas purchased all oncology services back from Salick and began plans for growth in the community.5 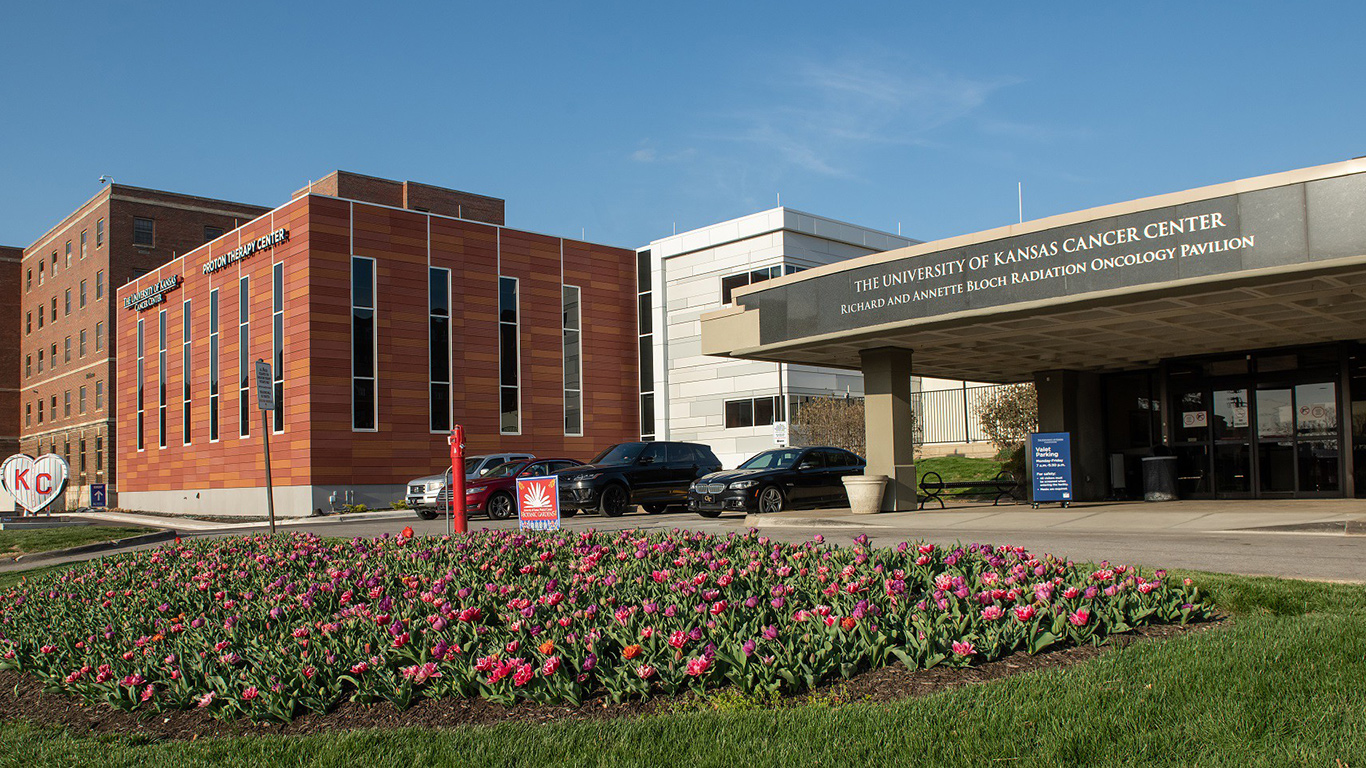 *A very special thank you to the Clendening History of Medicine Library and the Department of History and Philosophy of Medicine for providing the historical information for this article.

1"Major, Ralph H. An Account of the Kansas School of Medicine. Kansas City, KS: Alumni Association of the University of Kansas, 1968. 1.

3"Tice, Galen. Letter written by Dr. Tice to Dr. Richard Morrison in 1975 containing the 35 year history of the X-ray Dept., during Dr. Tice's years at KUMC.  Provided by the Department of History and Philosophy of Medicine at the University of Kansas Medical Center.

4"Welborn, A. Head Archivist of the Department of History and Philosophy of Medicine at the University of Kansas Medical Center (2017, Nov 1). Email interview.

5"Kimler, B. Professor of Radiation Oncology at the University of Kansas Medical Center (2017, Oct 25). In-Person interview.

7"Inside the Radiation Therapy Center." The Bulletin: The University of Kansas Medical Center Winter 1980: 8-9.