About the MHSA Program

History of the Program

The Master's degree in Health Services Administration began in 1979 when the Kansas Legislature, recognizing a need for professional leadership in health services, appropriated $200,000 for the University of Kansas to create the program. Then Vice-Chancellor Deanell Tacha asked Professor Ray Davis to be the founding chair of the Department of Health Services Administration and to undertake the development of the MHSA degree program within that Department. Davis hired two established health services researchers and national experts in the academic health services administration field, Barbara McCool and Montague Brown, as consultants for conceptualizing the program and curriculum.

The program officially began in 1982 with three students and three faculty members, Mary Zimmerman, Joe Harkins, and Ray Davis. However, soon after being hired, Harkins was asked to serve as the Secretary of the Kansas State Department of Health and Environment, so while he agreed to teach a course in the new program, the program essentially began with only two regular full-time faculty members as well as a number of adjunct and part-time instructors, including Harkins, McCool, Brown and Robert McLean, a health economist from the School of Business. The Department of Health Services Administration was not organizationally located in a School but, in the initial years, reported directly to Vice-Chancellor Tacha. The program's offices were in the Watkins Home building on the Lawrence campus.

The MHSA program is strong. It has been continuously and fully accredited since 1989, at first by the Accrediting Commission on Education for Health Services Administration (ACEHSA) and then by ACEHSA's successor, the Commission on Accreditation of Healthcare Management Education (CAHME). We are currently the only accredited MHSA program in Kansas and in the Kansas City Region. The faculty are a talented and diverse group featuring both practical experience and scholarly excellence. We are proud of our ability to provide students with real-world experience and experiential learning. Like our faculty, our student body is diverse in both worldview and experience. We have a strong cadre of alumni, including scores of hospital CEO's and vice-presidents. 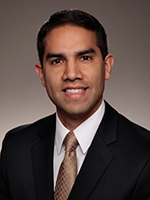 "Few programs match the strength of the Department of Health Policy and Management's course offerings, depth of practical knowledge among the faculty, or the diversity of its student population and alumni. Truly, the HP&M program at KUMC provides students with a meaningful and dynamic opportunity to learn from and interact with experienced professionals representing acute care hospitals, medical groups, health insurance companies, skilled nursing facilities, home care and hospice agencies, just to name a few. Such an environment is the perfect laboratory in which ambitious and determined individuals can expand their understanding of health services administration, establish lifelong personal relationships, and establish a strong foundation upon which to achieve amazing professional success."

"There are certain moments which serve as proverbial forks in the road along the path of life. My decision to pursue an MHSA at KUMC was the critical moment in my professional development that has led me down a path of professional success and personal fulfillment that would not be possible otherwise."