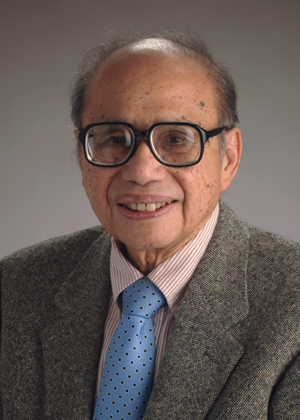 Dr. Chin was chair of the Department of Preventive Medicine and Public Health (now Population Health) from 1975-1989 and was professor emeritus. He had a national and international reputation in infectious disease epidemiology and cancer epidemiology and had 30 years of dedicated service to the U.S. Public Health Service. He was an outstanding teacher, clinician and a leader in public health research both nationally and internationally. This award honors an individual who has some of the personal attributes and characteristics that illuminated Dr. Chin's own distinguished career. 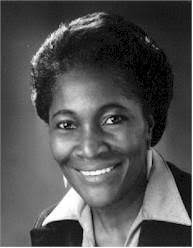 Having never married and having no children, Norge mentored a huge number of people around the world, mostly women and mostly minorities.  A plethora of non-blood-related people refer to Norge as “Auntie Norge”.

Non-profits have benefited from Norge’s careful saving and investing and generous donations.

Norge founded the field of “Nutritional Anthropology”, which takes local and ethnic culture — such as how food is defined by a group, local food and drink preferences and cooking styles — into account when trying to encourage healthy food habits and nutrition.

Her first research, in Milwaukee’s inner city in 1965, concluded that cultures eventually abandon traditional food and cooking after relocating.  They succumb to the convenience of locally available food and fast food.  In that fashion, African-Americans who moved from the southern USA to the north shifted from boiling to frying, with adverse impact on their health.

Norge founded and ran KU’s Community Nutrition Division and Laboratory, starting her local field work in Kansas City, KS in 1972.  She is very loyal to KCK for having welcomed her work there.  Norge insisted that researchers treat community members as active collaborators of equal standing in defining their needs and finding solutions that would work in their community, rather than being viewed as passive research subjects to be helped.  This concept does not sound as revolutionary today as it was when Norge began promulgating it.

Norge was an early advocate of eating a colorful diet, fruits and vegetables while reducing fat, sugar and salt and food fortification with vitamins and minerals.  She led the movement to have nutritional labels on food products.

A common story from her admirers: being startled the first time they saw her eat the head of a fish (which she notes is full of nutrients).  Nothing but the skeleton would be left on her plate.

Working with the US Department of Agriculture, she found that giving surplus food to families with food challenges did not work as well as food stamps because families were unable to store the foods properly.  Her work convinced her that cash grants were the best approach.

Norge’s efforts running US AID programs from 1988-92 involved travel to 5 continents, with a special emphasis on Egypt where she studied the social, economic, biological, behavioral and psychological consequences of various levels of food intake for adults, school-age children and infants.  A key finding was that people had sufficient food intake but lacked a variety of micronutrients.  That is, enough calories but not enough diversity.  Once again, ahead of others.

Her international nutrition work with US AID and non-profits exposed her to a variety of cultures and the experience of women, leading her to become a leading expert and advocate on women’s issues in the developing world.

Norge also created nutritional tools (such as Nutri-Check, a computerized tool in which people described their dietary patterns and lifestyle and received recommendations for improvement).

Norge has published 3 books and more than 100 articles and gave 400 presentations.  As of March 2021 (when this was written), she resides at Village Shalom in Overland Park KS.

Tom D.Y Chin Population Health Excellence Award is given to a graduating senior medical student who has excelled in public health or preventive medicine during their medical education, in honor of Tom D.Y. Chin, M.D

Norge W. Jerome Population Health Excellence Award is given to an outstanding senior medical student who has excelled in public health or preventive medicine for minority populations during their medical education, in honor of Norge W. Jerome, Ph.D.

Health Care Executive of the Future Award is given to recognize the graduate who shows outstanding promise as a healthcare manager and is selected by the MHSA teaching faculty.

JHawk Outstanding Student of the Year Award is given to a student pursuing a career in health services administration, selected by the MHSA student organization, Jayhawk Administrators Working for Kansas (JHAWK), which promotes leadership, community involvement, marketability, relationships and knowledge.

Professional Development Award is given in recognition of the Master of Health Services Administration graduate who has demonstrated growth, academic excellence and excellent promise as a healthcare manager.

JHAWK Faculty Appreciation Award is presented to an outstanding MHSA faculty member, nominated and selected by the vote of the MHSA student body and is given annually by the MHSA student organization Jayhawk Administrators Working for Kansas (JHAWK). 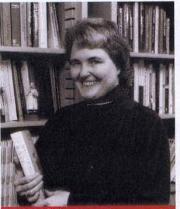 Dr. Beisecker, the inspiration for the award, served the University of Kansas for 26 years. Her talents were multidimensional, and she held faculty appointments in several departments, including preventive medicine, sociology and communication. She was nationally known for her research and public education programs on doctor-patient communication and breast cancer risk factors, cancer awareness and early detection. This student award was established to honor her contributions to the field of preventive medicine as well as recognize an outstanding student who has already shown extreme promise in the field of public health. 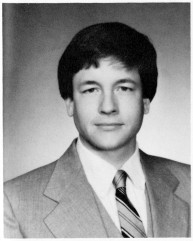 The Doren D. Fredrickson Public Health Excellence Award was created in order to preserve the memory of the late Dr. Doren Fredrickson, an MPH faculty member, founding faculty in the Department of Preventive Medicine and Public Health (now Population Health) on the Wichita campus and Sedgwick County Health Officer. Dr. Fredrickson was a ferocious champion of public health, tireless proponent of health equity and avid public health researcher. This student award was established to honor Dr. Fredrickson and is awarded to the MPH graduate who will carry on Dr. Fredrickson's mission and serve as visible reminder of what it means to be a Jayhawk.

Excellence in Public Health Teaching Award is voted on by MPH students and given to the faculty member on each campus that the student’s feel best exemplifies excellence in public health teaching, encourages students to think critically and demonstrates a willingness to go above and beyond.

Analee E. "Betsy" Beisecker Public Health Excellence Award is given to an outstanding MPH graduate selected by vote of the MPH faculty.

Doren D. Fredrickson Public Health Excellence Award This student award was established to honor Dr. Fredrickson and is awarded to the MPH graduate who will carry on Dr. Fredrickson's mission and serve as visible reminder of what it means to be a Jayhawk.

Master of Sicence in Clincial Research Thesis Award is given to an MS-CR student recognized for the excellent work put into their final thesis. This award was created by Dr. Theresa Shireman and nominees are MS-CR students who have successfully completed their thesis defense by the end of the spring semester of the current academic year.