Dr. Krase was born and raised in Hesston, Kanas.  She attended Bethany College in Lindsborg, Kansas and received her BA in Biology in 2004.  She attended the University of Kansas School of Medicine and graduated in 2008.

She has been passionate about education at various levels.  She was awarded the APGO Excellence in Teaching Award in 2018.  She has served as an Assistant Dean for Student Affairs in the Learning Communities since 2017 and was named Residency Program Director in 2019.

She spends her free time with her husband, Stan McClurg, an otolaryngologist, and their two children. 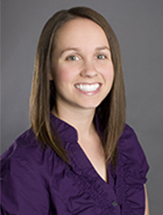 Dr. Hecker was raised in Waverly, a rural community in eastern Kansas. She attended Washburn University in Topeka, receiving a BA in Biology in 2009. She attended the University of Kansas School of Medicine and graduated in 2013. Dr. Hecker completed her residency at the University of Kansas School of Medicine-Kansas City, where she served as administrative chief resident. Upon completion of her residency, she joined the Ob/Gyn Department as faculty in 2017. Dr. Hecker's interests focus on medical education of both undergraduate and graduate students.  Dr. Hecker is a proud Kansan and enjoys spending her time outdoors with her husband and three daughters. 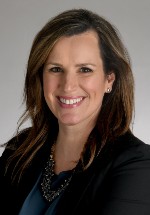 Dr. Pierson grew up in Olathe, KS and attended the University of Kansas in Lawrence where she received her BA in Human Biology in 2007. She then attended the University of Kansas School of Medicine and graduated in 2012. Dr. Pierson completed her residency at Saint Louis University in 2016 and went on to work at a Federally Qualified Health Center in St. Louis where she was able to work with residents and medical students from both SLU and Washington University.

In 2020, she moved back to the Kansas City area and joined the faculty at the University of Kansas Medical Center.  She became associate program director of the residency program in 2021.

She is married to Matt, a neurosurgeon, and together they have four children including one set of twins.  She enjoys cooking and baking, home improvement projects, and outdoor activities with her children.