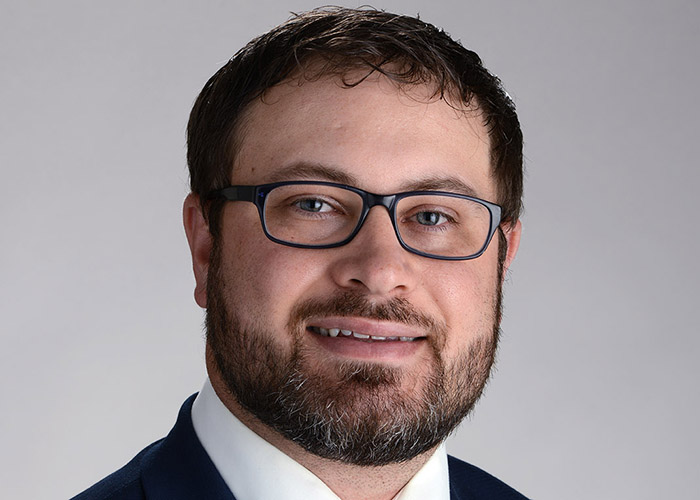 Jeremy Peterson, M.D., was named as an assistant professor in the Department of Neurosurgery at the University of Kansas Medical Center.

A 2019 graduate of the department's residency program, Peterson returns after completing a two-year neurovascular fellowship at Semmes-Murphey Clinic in Memphis, Tennessee. As part of the fellowship, he served as a junior staff neurosurgeon at the clinic as well as five other hospitals in Memphis.

During his residency at KU Medical Center, Peterson was chief resident from 2017-19. He served on multiple leadership committees including the medical center's Resident Council, Wellness Committee and Graduate Medical Education Duty Hours Review Committee as well as the department's Quality Improvement Committee.

Peterson earned his medical degree as well as a Bachelor of Science in radiography from the University of Nebraska Medical Center.

An active researcher, Peterson's primary interests are cerebral and extracranial head and neck vascular malformations, interventional stroke care, cerebral aneurysms. He served as a sub-investigator or co-principal investigator on multiple departmental and National Institutes of Health funded clinical trials during his residency, and he is credited with numerous published journal articles, posters, abstracts, presentations and a book chapter.

His clinical interests include:

In his spare time, Peterson enjoys activities with his amazing wife Jamie and their three young children. He enjoys hunting, fishing, archery and target shooting and any other outdoor activities with his kids. He also enjoys a good weekend of nothing to do but kick back, watch basketball or football and relax.