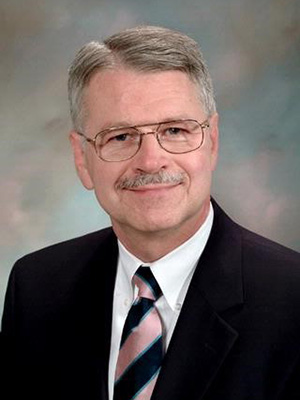 Ralph Jozefowicz, M.D., professor of neurology at the University of Rochester School of Medicine and Dentistry, will present the 14th annual Ziegler lecture virtually on June 5.

Open to the public and set for June 5 at 8 a.m., the virtual event will be livestreamed on the videoconferencing platform Zoom.

During his lecture, titled "Career Development for Medical Educators," Jozefowicz will share strategies for successful career development; identify specific goals for early, middle and late phases of career development; and discuss important truths and observations that should be incorporated into interactions between medical educators and their students.

Currently the associate chair for education and director of the residency program in the neurology department at Rochester, Jozefowicz also oversees the third-year neurology clerkship. Known as an outstanding educator, he has been recognized with numerous honors throughout a noteworthy career, including the A.B. Baker Lifetime Achievement Award for Neurologic Education and the President's Award from the American Academy of Neurology as well as the Edithe J. Levit Distinguished Service Award from the National Board of Medical Examiners.

The annual Ziegler lectureship honors Dewey Ziegler, M.D., who led the Section of Neurology at KU Medical Center from 1966 until 1974, when it became the department of neurology. Ziegler went on to serve as chair of the department until 1985. During his tenure, he established the neurology residency program.

Nationally and internationally recognized, Ziegler helped establish neurology as an independent field and was one of the first headache specialists in neurology. He served a term as president of the American Academy of Neurology. Becoming a professor emeritus in 1990, he remained on the faculty through his death in 2012 at age 92.