Experts say research participation from African Americans and other groups heavily impacted by Alzheimer’s is key to finding drugs and treatments that work for everyone. 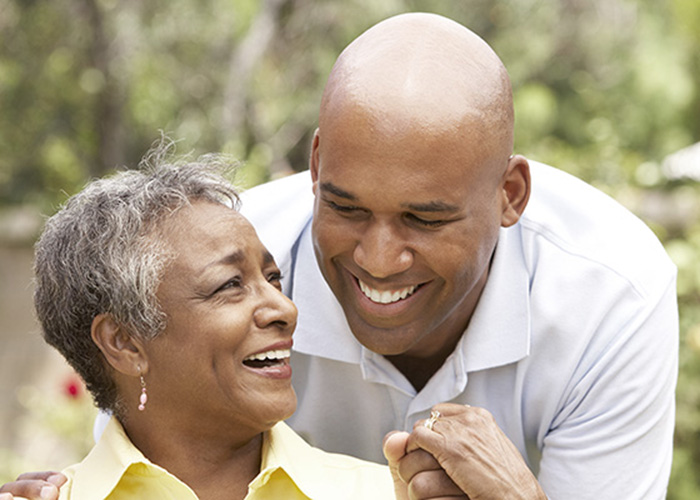 With momentum, awareness and hope at all-time highs, dementia researchers at the University of Kansas Alzheimer's Disease Research Center (KU ADRC) and around the world are edging ever closer to better understanding the confounding disease. In the push to find effective ways to slow and ultimately stop the neurodegenerative condition, experts are urgently seeking greater research participation from communities that are heavily impacted by the disease.

There is an especially desperate need for African American participants in Alzheimer's clinical research. The urgency is rooted, in part, in the fact that African Americans are two times more likely to develop Alzheimer's compared to whites. According to the advocacy network UsAgainstAlzheimer's, African Americans account for 20 percent of the 5.7 million Americans with the disease, which is the sixth leading cause of death in the U.S. for people over 65.

"There are lots of reasons we're trying to increase diversity in our research, but the primary one is we want to find drugs that work for everybody," said Jeffrey Burns, M.D., professor of neurology and director of the KU ADC. "The other reason this is so important is we know African Americans and Latinos are more likely to develop Alzheimer's disease, so we want our studies to include these communities."

The KU ADC is pressing for increased diversity across all its numerous studies, including Bio-Hermes, which will continue seeking volunteers until African Americans and Latinos make up least 20 percent of the trial's participants across all sites. That study, which is comparing the ability of 10 blood and digital biomarker tests to predict amyloid protein in the brain, a hallmark of Alzheimer's disease, is one of the first Alzheimer's clinical trials designed to ensure representation of groups at higher risk of developing the disease.

"With more participation by different groups, there's also an opportunity for us to understand why we have these disparities," Burns said. "Coming to a better understanding of that is crucial. Then we can work to reduce those disparities, which comes back to having drugs that work for everybody, or those disparities will only worsen."

Two other clinical trials at the KU ADC, AHEAD and IGNITE, also are putting a hard emphasis on diversity. AHEAD is looking at an investigational treatment that could help delay memory decline up to 20 years before symptoms arise. Meanwhile, IGNITE, which is examining the connection between brain health and exercise in older adults, is particularly interested in including older African American males.

"We want to be sure new treatments and medications work for everyone, including the people of Kansas City. To accomplish that goal, we need our research participants to reflect all the diversity Kansas City offers," said Eric Vidoni, Ph.D., director of the Education and Outreach Core at the KU ADC.

According to an Alzheimer's Association special report, Race, Ethnicity and Alzheimer's Disease in America (PDF), not wanting to feel like a "guinea pig" is the most common reason given among all U.S. adults, regardless of race or ethnicity, who are not interested in participating in clinical research. The sentiment is especially strong among African Americans, who also express concern that experimental treatments will cause sickness. They also are twice as likely compared to other groups to say they don't trust medical research.

Many of the disparities are due to African Americans' tendency to experience higher rates of conditions such as high blood pressure and diabetes, which are risk factors for Alzheimer's, Shaw noted, while inequalities and health care discrimination also play a role.

She said there's a misconception in the community that memory loss is a normal part of the aging process. Meanwhile, many African Americans are reluctant to participate in clinical trials today because of the history of unethical research and medical practices in the United States.

The importance of including everyone

Shaw stressed that regulations and oversight by entities such as Institutional Review Boards have been put in place to prevent any further episodes of abuse and to protect all participants from being taken advantage of in medical research.

"The best way to get a better understanding of dementia and how we can stop it is through clinical research," she said. "The most important reason we need more African Americans in clinical trials is to ensure that the discoveries, treatments, interventions and prevention strategies are going to be relevant to the community."

For more information about research opportunities at the KU ADC, visit the website, email kuadc@kumc.edu and call 913-588-0555.