Recent University of Kansas School of Medicine graduate Scott Koppel, M.D., Ph.D., has plenty of reasons for deciding to specialize in neurology, but the biggest one has to do with family. 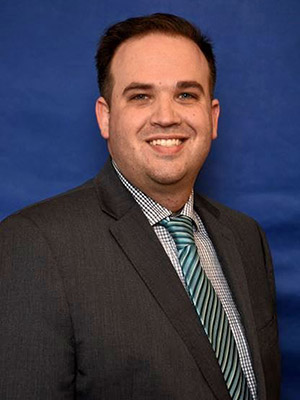 Multiple grandparents passed away from dementia, an uncle had Parkinson’s disease, his father was treated for epilepsy when he was younger, and he was hospitalized with meningitis as a child. But it was grappling with the damaging effects of dementia that really struck him.

“Watching my grandparents decline over several years and the amount of suffering a disease like dementia imposes on the person afflicted and their loved ones left a strong impression on how little we currently know about these diseases,” he said. “It also drove home the limited efficacy of currently available treatment options for people with dementia.”

As those experiences fuel Koppel’s dream of becoming a dementia researcher and clinician, his excellence, drive and commitment contributed to his selection as this year’s winner of the Dewey K. Ziegler Neurology Award. Presented by the Department of Neurology at the University of Kansas Medical Center, the annual honor is given to an outstanding senior medical student who is pursuing a career in neurology.

In accepting the honor, Koppel said it’s meaningful because it demonstrates the trust and belief the faculty placed in him, which was a privilege to earn as a medical student.

“Of course, for the award to carry Dr. Ziegler’s name, it is an incredible honor and serves as something to aspire to,” Koppel said. “He had such an indelible impact on shaping the department to best serve the people of Kansas City and the surrounding area, and I take this award as an invitation to do my utmost in my career. If I can even have one third of the impact Dr. Ziegler had, I’ll know I did some good in my time.”

“Dr. Swerdlow was a terrific mentor who served as a model for the career I hope to have one day as a physician-scientist at an academic medical center studying the pathogenic mechanisms of dementia and neurodegenerative disorders with the hopes of developing new therapies to treat these conditions,” he said.

As a medical student, Koppel received the Ruth L. Kirchstein F30 National Research Service Award presented by the National Institute on Aging. He also was a fellow in the KU Neurological and Rehabilitation Sciences Training Program funded by a grant from the National Institutes of Health. In addition, Koppel helped organize and host neuroscience learning events and trivia competitions for local K-12 students through the Kansas City chapter of the Society for Neuroscience. He also served in multiple leadership roles with on campus with the MD-PhD Student Council, American Physician Scientist Association and the Student Research Forum.

After earning his medical degree from the KU School of Medicine this spring, Koppel is planning to complete an intern year and a neurology residency at Cedars-Sinai Medical Center in Los Angeles.

“I’ll do my utmost to continue to do my best to develop into a strong neurologist in the model of Dr. Ziegler as my way of showing the appreciation I have for everyone who has helped me develop me into who I am today,” he said.

The Dewey K. Ziegler Award recognizes its namesake’s more than 50 years of service to neurology and to KU, including serving as the department’s first chair from 1966 to 1984 and professor emeritus from 1990 until his death in 2012. Ziegler also served a term as president of the American Academy of Neurology.