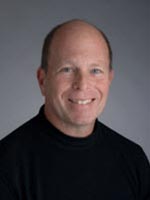 The overall research goals in my lab comprise two major areas of reproductive science. The first main goal is to develop reversible non-hormonal male contraceptives and bring them to clinical trials. We have developed one lead compound that is an oral potent non-hormonal inhibitor of sperm maturation and release in the testis causing 100% infertility and complete recovery in male rats. Our research is elucidating the novel mechanism of action via disruption of actin bundles at the specialized junctions that tether spermatids to Sertoli cells. This advanced compound, H2-gamendazole (US Patent) is now under FDA guidance in preclinical development.  The second project is discovering novel potent inhibitors of the cell cycle CDK's (cyclin-dependent kinases) in the testis. These research projects are funded by two NIH U01 grants.

Our second major area of research, funded by multiple NASA grants, is elucidating the impact of long term space flight on male and female reproductive health.  One of our flight grants will determine the effect of space flight on sperm capacitation and signal transduction changes compared to parallel samples on the ground.  Our second flight grant will be one of the first flights to the International Space Station (ISS) with live animal return to determine if our previously identified discovery that space flight blocks follicle maturation is reversible.