The Department of Microbiology periodically recognizes the outstanding research accomplishments of a predoctoral student by awarding the Remi Amelunxen Award. The award was established in 1992 in honor of Dr. Amelunxen, who himself was the first graduate of the Ph.D. program in the department and rose to the rank of Professor of Microbiology. 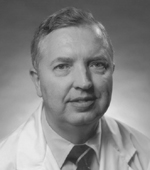