Tuberculosis in the First World War

Tuberculosis was the dominant chronic infectious disease of the first half of the twentieth century. Caused by a slow-growing bacillus, the bacterium  Mycobacterium tuberculosis, there was no effective drug treatment until the 1950s when streptomycin and isoniazid came into common usage. Thus, with exposure of nearly every person alive, most developed a primary infection which healed spontaneously, usually without symptoms. The cheap, safe, and simple Mantoux skin test which, when positive, merely indicated previous exposure to tuberculosis was, thus, worthless as a screening measure because it was positive more often than not. However, many primary infections, over a period of months to years, slowly progressed to secondary tuberculosis which often led to relentless, slowly evolving lung destruction. With sparing use of chest x-rays early in the twentieth century, primary tuberculosis was rarely diagnosed and secondary tuberculosis was readily diagnosed by a simple chest x-ray only after symptoms of cough, bloody sputum, fever, and weight loss. 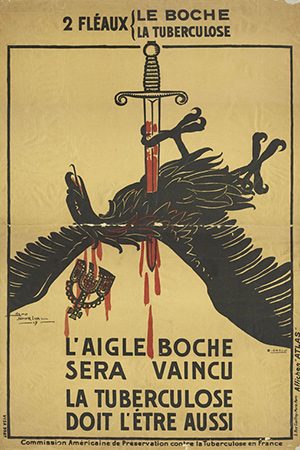 Persons with primary tuberculosis, usually the young, were much less likely to infect others than persons with progressive secondary tuberculosis, who had many tuberculosis bacilli in their expectorated sputum. The finding of the red-stained bacillus in sputum was clear evidence of active tuberculosis and the person was then institutionalized to prevent him or her from infecting family, friends, and even casual contacts.  With no specific treatment that would kill the bacilli, patients were usually placed at bed rest, given nutritious diets, and subjected to all manner of physical measures, including a variety of dangerous surgical procedures of only modest effectiveness. In retrospect the Army was ill prepared to deal with a large number of infective secondary tuberculosis cases in 1918. 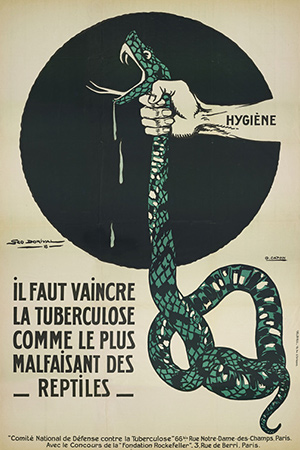 In 1917 and 1918 young men who were drafted did have medical examinations before they joined their peers in the army. Obvious disease and disability, for example paralysis from previous polio, blindness, and deafness, were causes for rejection. Even lack of sufficient teeth to chew army food and flat feet, thought to impair the ability to march, led to rejection.  Actually, medical screening for tuberculosis was done carefully by physical examination of the chest. The War Department even trained draft board physicians in special techniques of the use of the stethoscope and other means of finding both active and dormant tuberculosis. But, as we now know, physical examination of the chest, no matter how expertly done, will miss almost all primary infections. The chest x-ray is the sine qua non for screening lungs for evidence of tuberculosis in either its primary or secondary state. Chest x-rays, rarely done for inductees in the First World War, were performed in over half of those drafted for the Second World War. 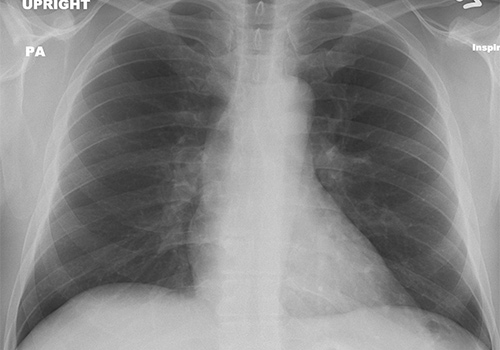 In spite of these constraints it has been estimated that 50,000 men drafted for the First World War were rejected because of suspicion of tuberculosis by history or physical examination or both. However, it is further estimated that at least 10,000 men were accepted for military service who would have been rejected if chest x-rays had been used for tuberculosis screening and half of this number, 5,000, were later diagnosed with tuberculosis while serving. So, not surprisingly, secondary tuberculosis was a common diagnosis in the large system of over one-hundred base hospitals in France and the most common cause for separation from active military service and subsequent discharge for medical cause. Something that will never be known is how many soldiers, given living in unhygienic close quarters, often cold and wet, exhausted from continuous combat and lack of sleep, and not always well fed, were infected with tuberculosis or went from a healed primary infection to an active secondary infection while in military service. 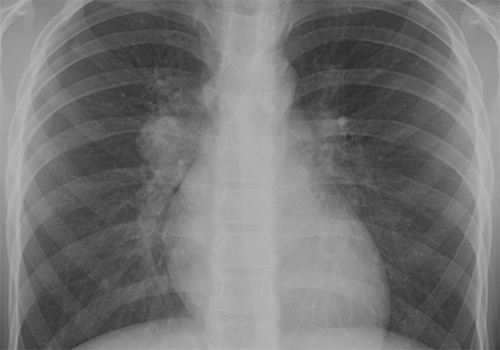 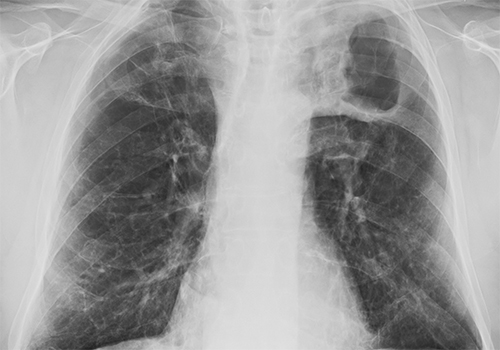 Just before and during The War there were nearly 5,000 local draft boards, each with considerable responsibility, reach, and power. A board was charged with certifying each potential soldier as physically and mentally fit to serve. Medical screening of draftees was not of uniform quality. Thus, from the national pool of millions of eligible men many were either illiterate or barely literate but their screening examinations often did not detect this. So, the second most common reason for a medical discharge, after tuberculosis, was mental deficiency. The third and fourth reasons were heart disease and venereal disease, principally syphilis.

Open Air Ward at Base Hospital #21

It has often been observed that complex battle plans are usually altered after the first skirmish. This was true of the army’s approach to dealing with soldiers with active   -   almost always secondary   -   tuberculosis.  The problem of what to do with soldiers in France with active tuberculosis was not easily solved. First, they had to be hospitalized in special quarantine wards and kept away from the base hospitals’ other patients.  Second, with no hope of cure in the immediate future and unable to fight, they had to be transferred to embarkation hospitals, once again in special TB wards.  Third, enough tuberculosis patients to reach a critical mass had to be accumulated to merit special accommodations on ships returning to the United States. For example, a tuberculosis camp was attached to Base Hospital #18 at Savenay, near the embarkation port of Saint-Nazaire. Base Hospital #21 at Rouen had a special, state-of-the-art open ward for tuberculosis patients. Fourth, once in the United States they had to be placed in military hospitals which initially were prepared for only small numbers of infectious tuberculosis patients. Fifth, and finally, they had to be separated from the military service as disabled veterans and placed in special government hospitals or sanatoria until they were either pronounced cured or their disease arrested with marked reduction of sputum bacilli or they died. 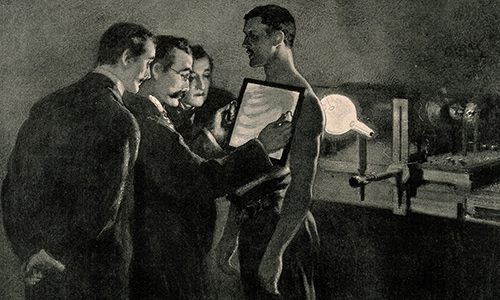 Wounded from the front: locating a Mauser Bullet by x-rays in a London hospital.

It is possible that the army’s experience with tuberculosis in the First World War was at least partially responsible for the remarkable reduction of the incidence of tuberculosis in America between the two wars, actually a reduction of two-thirds.  Screening of the population as a whole by chest x-rays and much more careful screening of draftees made tuberculosis a problem of much lesser magnitude in the military in The Second World War.