In mid-1915 physicians in the British Expeditionary Force on the Western Front in France began to notice an unusual acute febrile illness in soldiers accompanied by headache, dizziness, back ache, and a peculiar pain and stiffness in the legs, particularly the shins.  Within a few months hundreds of cases had been identified clinically and, to great disappointment, laboratory studies had been unable to identify a cause. Early on, highest on the list of possibilities was a kind of enteric fever, thus, a new relative of typhoid fever.  The soldiers, with rare insight, began calling it “trench fever” and their superiors eventually followed suit in the summer of 1916. 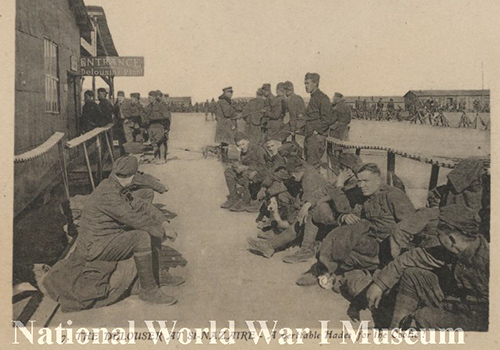 A Long Line of Soldiers Awaiting Admission to a De-Lousing Station.

Few thought this illness could be anything other than an infection and, because of the intermittent nature of the fever, comparisons with malaria and relapsing fever were commonly made. A seeming increase of cases in summer and a corresponding decrease in winter lent credence to the possibility of a mosquito vector of an infectious organism. Then Captain T Strethill Wright suggested that fleas or lice   -   distressingly common in the trenches   -   were the likely vector of this new disease. However, other physicians were suggesting voles or mice as vectors and one even adduced evidence suggesting extreme stress in the trenches at the times of “holding the line.” However, by the end of 1916 it was generally agreed that the louse was the culprit in carrying the disease but the identity of the microorganism and the exact means of its transmission to humans was moot. In mid-1917, two years after the first appearance of Trench Fever, in true bureaucratic fashion, the British created the British Expeditionary Force Pyrexia of Unknown Origin Enquiry Sub-Committee and the Americans created a Medical Research Committee of the American Red Cross to study the problem of transmission of the agent of this disease, using human volunteers. Not to be outdone, the War Office in London constituted its own group to study transmission, the War Office Trench Fever Investigation Commission, and authorized it to employ the laboratories of the Medical Research Committee’s hospital at Hampstead to study disease transmission, including the use of civilian volunteers for human experimentation.

A Pen and Ink Drawing of a body louse   -   Pediculus humanus.

While the Americans concluded that the bite of the louse transmitted the disease, the British demonstrated that it was the rubbing of louse excreta into abraded skin that transmitted the agent of Trench Fever, by their reckoning bites rarely transmitted the disease agent. The logical next step was to look into louse feces to find the microorganism that caused Trench Fever. And, indeed, a microorganism was found, a rickettsia, a small bacteria that chose to live inside the host’s cells. At the end of 1917, just a year before the end of the war, the War Office officially assigned the name Trench Fever to the disease that had stymied them for over two years. For once the soldiers influenced the War Office rather than vice versa. 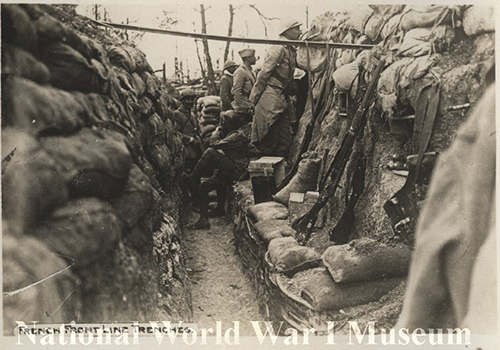 Soldiers and Officers in a Typical French Frontline Trench

While Trench Fever was rarely, if ever fatal, it was, nonetheless, a severe logistic problem for all of the armies that fought on the Western Front in WW-I. Infected soldiers were too sick to fight and, because the disease  was apt to remiss and recur over a period of weeks, three months away from the front was the average for a sufferer. Besides not being able to fight, each man occupied a scarce hospital bed. The Americans were the only ones to keep exact records of the incidence of Trench Fever, reporting only 743 cases in their troops. During and after the war various estimates of the number of cases and incidence were advanced.  Omitting the American troops and including only British, French, and Belgian soldiers the best estimate of the total number of cases of Trench Fever between 1915 and 1918 was nearly 500,000. 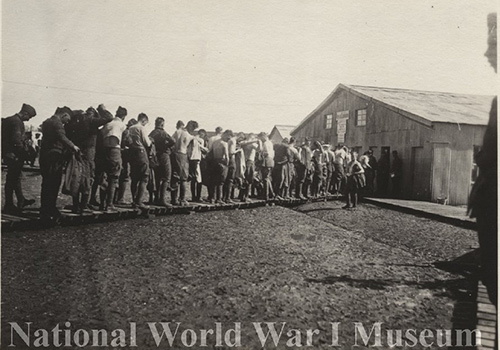 Line of American Soldiers at a Shower Facility

The treatment of Trench Fever in WW-I was hit and miss. Every pharmaceutical thought to have promise was tried without positive effect. Thus, quinine because it worked against malaria, Salvarsan (arsphenamine) because it seemed to work against syphilis, collargol a silver containing product, and a variety of other substances:  acriflavine, antimony, galyl, intramine, kharsivan, methylene blue, and trypan red. Soldiers had a name for lice, “cooties,” and external treatments were called “cootie oils.”

As with typhus on the Eastern Front   -   a rickettsial disease that killed soldiers   -    control of lice was the key to managing the epidemic of Trench Fever. Assuming that every soldier in the trenches had body lice,  Pediculus humanus,in the seams of his uniform, the several armies made every effort to de-louse soldiers at every opportunity. Thus, the British meant to strip their soldiers each week to examine them for lice and take appropriate actions. This proved unworkable but divisional baths were provided every two weeks for those who could be spared from the trenches.  Of course bathing soldiers was fruitless if their uniforms could not be sterilized as well. Steam sterilizers were horse drawn, of small capacity, and of minimal utility. A device called the “Russian Pit” hot air delouser came along late in the war and had a capacity much greater than available steam sterilizers. The British also developed a combination of naphthalene, creosote, and iodoform made into a paste which could be applied to the seams of uniforms with a good result of eliminating lice in just a few hours. 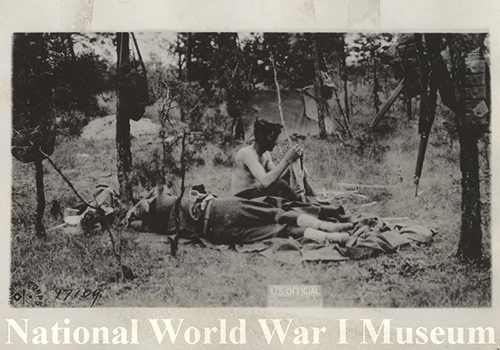 Bartonella quintana   -   the scientific name for the Trench Fever rickettsia   -   has never caused epidemic disease to the scale of WW-I but still persists in populations of refugees from small wars, the homeless, drug addicts, and alcoholics who live in degraded circumstances.  In our age of antibiotics there are many drugs which will cure this disease but, because of its rarity, large controlled drug trials have never been conducted for Trench Fever. It must be admitted that, had this rickettsia had the lethality of its cousin, the agent of typhus, Rickettsia prowazekii, the war on the Western Front might have gone quite differently. The complicated bureaucratic research efforts to find the cause and cure of Trench Fever were late and feeble, considering the expense and labor involved.

This essay is a condensation of the classic review of Trench Fever which was published in 2006. Please see R.L Altenstaedt, ‘Trench Fever: the British Medical Response in the Great War,' Journal of the Royal Society of Medicine, 11(2006), 564-8. Images are from The National World War One Museum at Liberty Memorial in Kansas City, Missouri, and The Wellcome Library in London.