The United States Army Base Hospital No. 28 was formed in the Kansas City area, and then sent to serve in Limoges, France, during the years 1918-1919. It created clinical records that have become available through the archives of the National World War I Museum at Liberty Memorial in Kansas City, Missouri.  Among these papers is a type-written report, “History of the Laboratory of Base Hospital No. 28,” with this striking statement: “The mode of most of the fighting in the present war, i.e., position warfare over fields which have been cultivated for centuries, inevitably resulted in a great prevalence of gas infections.” The author of that report was referring to gas gangrene, an almost uniformly fatal suffusion of tissues with noxious gases from specific bacterial wound infections. Gas gangrene must not be confused with poison gases, phosgene or mustard gas, or even with trench foot. 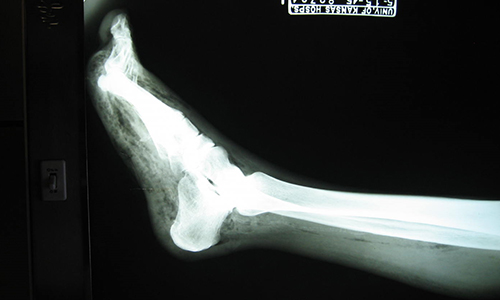 Gas gangrene is quite distinct and is caused by anaerobic bacteria, Clostridia, that do not require oxygen or air to survive. (Aerobic bacteria, on the other hand, require oxygen in order to survive and grow). Thus, when fields previously cultivated with manure lay uncultivated for centuries, Clostridia were buried deep underground and continued to grow and thrive. Trench warfare, spreading over large areas of both France and Belgium, was all that was needed to bring Clostridia to the surface by disrupting and churning up the soil. In fact, the whole front consisted of “churned-up” soil from artillery rounds and the digging of deep trenches. 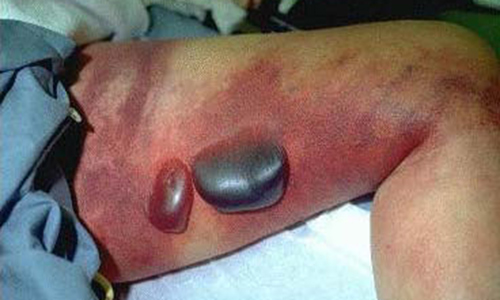 When a soldier was injured, his wounds could easily come into contact with bacteria from long-buried manure which lurked in the trenches in the fields upon which he and his comrades fought. Most of the wounds, of course, were grossly dirty and quickly foul-smelling, and were usually contaminated with more than one kind of bacteria, in fact many kinds. Clostridia work quickly and produce toxins which cause severe pain, gaseous swelling, and rapid breakdown of muscles   -   myconecrosis   -   so that urgent and radical surgery is required to save limbs and lives.

In addition, identifying these bacteria in cultures of wounds created a unique problem for the hospital laboratory. They could be grown and identified only in a special apparatus devoid of air containing oxygen, thus, anaerobic incubators. The surgeon needed accurate information from the laboratory about which bacteria and how many of them were still left in the wound, before any decision to close the wound could even be considered. 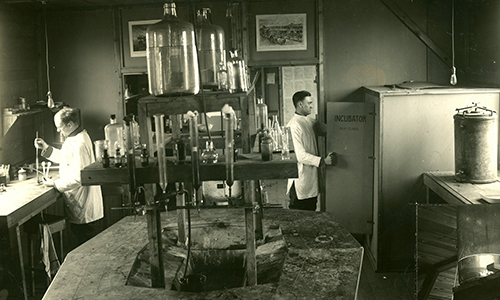 Treatment for wounds initially available to the medical and nursing staffs during the early months of WWI consisted of minimal exploration and use of various then-new antiseptic solutions to pour onto and into the wounds. For simple wounds this standard treatment might be adequate, but many wounds were caused by shrapnel which caused deep injuries containing soil and bits of dirty uniforms, with extensive breakdown of tissues, including muscles.

Before WWI a Belgian physician, Dr. Antoine Depage,  re-introduced the discarded French practice of wound incision and exploration - débridement - and combined it with wide excision of devitalized or dead tissue. Some form of débridement had been used in the Napoleonic Wars, but when that empire collapsed, the practice was largely forgotten and considered to be a gross and antiquated form of treatment. Minimalism of wound care became the rule on the battlefields. During the Civil War in the U.S. (1861-1865), many battle wounds were not explored.

Earlier, Dr. Depage had, with his wife, a nurse, established Belgian hospitals in the Balkan states. Later, when he was working on the French battlefields and, based on his recent practice and experiences with battle wounds in Serbia, he was convinced that more could and should be done to save the wounded from loss of limb or life. He devised a strategy for care of the wounded at the front and beyond. Mortal complications needed immediate attention at the front while other wounds could be covered lightly, without pressure, until the wounded soldier could be transported away from the front-line by ambulance to established hospitals for definitive care. 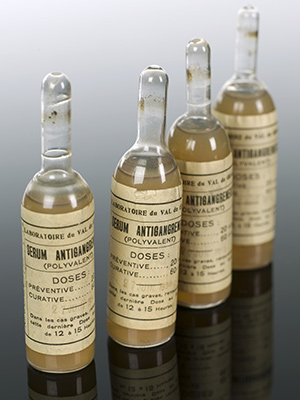 All wounds were to be considered contaminated or infected, but were not to be bandaged and certainly not placed in plaster casts, as was the practice, as that could easily enhance the growth of anaerobic bacteria. As expected, shell wounds cause more tissue injury than bullet wounds.

After the patient’s transfer to a more advanced facility, débridement of the wound called for removal of ALL contaminated tissue, including muscles and contused necrotic flesh. All mangled and damaged tissue needed to be completely resected along the entire edges of the wound, until healthy muscle was encountered. Very wide surgical exposure was advised, not only to increase visibility of the tissues, but also to increase the viability of the tissues. Thus, delayed primary closure of the wound was required in many cases. Dr. Depage constantly stressed that any dead tissue left in the wound would impede healing and might lead to gas gangrene of the affected part and eventual death. 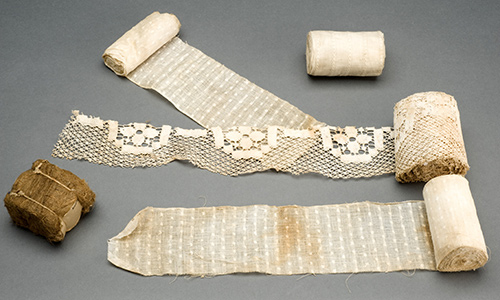 Although gas gangrene cannot exist without a gas-producing microbe, there are some wounds in which the organism is present, but without any gangrene and with only a trace of gas present. The complication of the wound containing damaged bone, increased the incidence of gas gangrene. Also, the virulence of anaerobic wound infections increased with the presence of other more common bacteria, such as streptococci.

The most famous surgical disciple of Dr. Depage in WWI was Miss (Dr.) Frances Ivens of The Scottish Women’s Hospital at Royaumont Abbey near Paris. With meticulous dissection and débridement of battle wounds, supported by serial anaerobic cultures, she was able to obtain a seventy-five percent clean closure in wounds initially contaminated with Clostridia. Nowadays gas gangrene is rarely seen and easily managed with antibiotics and hyperbaric chambers in addition to meticulous surgical dissection.

Sources for this essay came from The Archives of The National World War I Museum at Liberty Memorial and The Wellcome Library in London.