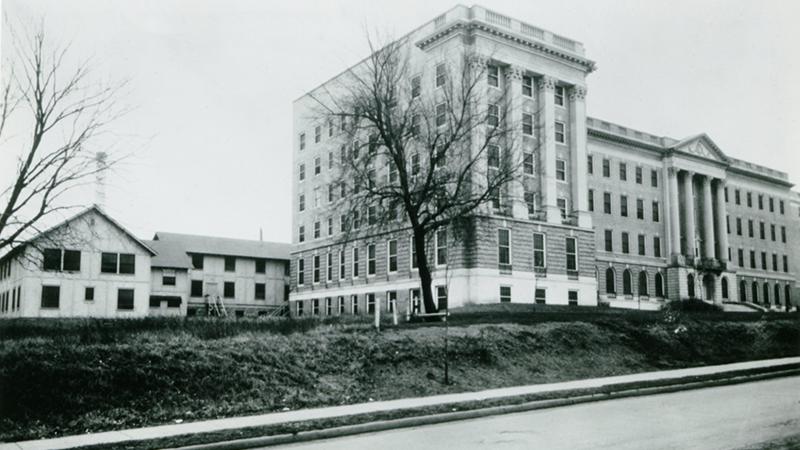 1930: Harry R. Wahl, M.D., dean of the KU School of Medicine, with 11 other physicians, organizes the Kansas chapter of Alpha Omega Alpha

1931: Delta Chapter of Sigma Delta Tau International, the only honor society for nursing and the fourth chapter founded, is established at KU.

1932: The first Department of Nursing Education bachelor of arts degree is awarded.

1934: The first surgery residencies at the KU School of Medicine are filled by Wayne Bartlett, M.D., and Morris Harless, M.D.

1938: The Department of Nursing Education Student Government is organized.

1939: George A. Walker, M.D. (M'35), associate professor of pathology, invents and patents the Cathode Ray Electro-Myoencephalograph, a device that made it possible to continuously observe a patient's electrocardiogram by direct visualization of the curve on the face of the cathode ray tube.

1939: Tom Hamilton, M.D., is appointed chair of the new Department of Bacteriology and Microbiology.