The Department of Biochemistry and Molecular Biology recognizes outstanding accomplishments of a predoctoral student with four awards: 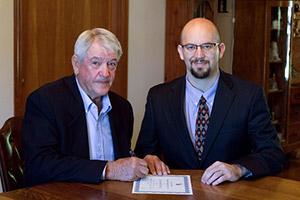 The Biochemistry and Molecular Biology Department is proud to announce that Chris Elniff is the recipient of our departmental Tom Steadman 2022 Teacher-Research Opportunity Award. This award recognizes a high school teacher who teaches hands-on research techniques by providing the opportunity to contribute to original research.

This award is named after Tom Steadman, a farmer/rancher in Woodward County, OK. It was from observing Mr. Steadman's actions that Dr. Fenton first realized the value of service as an important way of giving back to the community. Graduating high school students can benefit from help in exploring available career options; therefore, there is a need for individuals in professional fields to create opportunities to supply that help. The ability to identify needs in the community, coupled with the willingness to fill that need exemplifies how Mr. Steadman has led his life.

Mr. Elniff completed his Bachelor of Science in Biology at the University of Kansas in 2012. As an undergraduate, he worked in several lab positions including at Monarch Watch under Dr. Chip Taylor where he cataloged seed samples for the Monarch Waystation milkweed repository. While in his senior year at KU, Mr. Elniff was placed in a student teaching position with Kristin Ramshaw at Olathe South High School. While there, Mr. Elniff assisted in securing a grant from the Olathe Public Schools Foundation to fund the building of a Monarch Waystation at the school.

After graduating from KU in 2013, Mr. Elniff was hired to teach General and Honors Biology at Olathe North High School. In 2014, he attended the Modeling the Molecular World summer seminar at the Milwaukee School of Engineering, where he was introduced to the SMART and MAPS teams programs. Since then, Mr. Elniff has mentored teams of students annually to conduct protein structure research and connect with science professionals through these programs. Over the last 6 years, he has taken over 30 students to the National Experimental Biology Conference to present their research. Mr. Elniff was also the head coach of the Science Olympiad team from 2016 to 2021, winning multiple regional and state titles.

In 2016, Mr. Elniff wrote a grant to the Olathe Public Schools Foundation and was awarded $10,000 to purchase neurophysiology equipment from Backyard Brains for student independent research projects.

After completing his Masters in Biology from Clemson University in 2017, Mr. Elniff was hired as an assistant facilitator for the Medical Professions 21st Century Academy at Olathe North High School. During his time with the 21st Century Academy, he has developed a curriculum for both a full-year freshman introductory course and a full-year sophomore genetics course and has helped expand the academy from ~15 to ~40 students per grade. He has also worked to develop relationships with local and regional scientific resources for his students, including the University of Kansas Edwards campus, the University of Kansas Schools of Medicine and Pharmacy, UMKC, Cerner, Ronawk, and the Stowers Research Institute.

Since 2019, Mr. Elniff has mentored students in the Battle of the Brains competition, and in 2022, a team of his seniors finished in the Top 20. Mr. Elniff has also entered teams in the Night At The Lab competition hosted by the University of Kansas School of Medicine, and his students won the state titles in both 2020 and 2021.

In addition to his work at Olathe North, Mr. Elniff has taught STEM summer camps for Middle School-aged children at Johnson County Community College and the University of Kansas since 2016. In his spare time, he enjoys cycling, gaming and spending time with his wife, Sophia, and son, Rasmus.

Recipients of the Tom Steadman Award:

Mr. Dix is a retired biology educator. During his 38 years of teaching, he was instrumental in developing an advanced biotechnology curriculum in the Olathe School District, including the Olathe 21st Century Program for Life Sciences. He served as a resource for other KC area-wide schools as they developed their own biotechnology programs. Mr. Dix's lifelong teaching goal was to connect students to the world of scientific research by developing classroom methods and skills for scientific inquiry learning, with the aid of mentorship from many professional scientists.

The Biochemistry and Molecular Biology Department is proud to announce that Mrs. Betsy Lawrence is the recipient of the Randy Dix 2022 Junior High Science Teacher Award.

Mrs. Betsy Lawrence is a longtime Kansas Citian who graduated from the Shawnee Mission school district. She went on to complete a degree in Elementary Education with a minor in Physical Science from Pittsburg State University, graduating with honors. While pursuing her degree at PSU, Mrs. Lawrence quickly realized her passion for teaching science while holding the position of Vice President and President of the student chapter of the National Science Teachers Association. Mrs. Lawrence started her teaching career in the elementary realm in the Olathe School District where she was the science club sponsor. While teaching, Mrs. Lawrence did complete both of her master’s degrees in Educational Leadership and Special Education from Pittsburg State University. While teaching 4th and 5th graders, Mrs. Lawrence was invited to participate in Space Camp for Educators through the Honeywell Corporation in Huntsville, Alabama. Mrs. Lawrence was given the opportunity to teach middle school science when the Olathe School District transitioned the 6th graders to the middle school. Mrs. Lawrence has taught middle school ever since this time both in Olathe and the Eudora School District. Mrs. Lawrence is the current president of the Kansas Association of Teachers of Science and has presented both at the national level and state level of the National Science Teaching Association. Mrs. Lawrence is also an active member of the Kansas National Education Association, Olathe National Education Association, and Delta Kappa Gamma. Mrs. Lawrence was a Kansas state finalist in the Presidential Award for Excellence in Science and Math teaching, a Mohling Foundation Scholarship winner, Kansas Association of Teachers of Science Region 1 outstanding science educator award, and has been selected as a Kansas Department of Education teacher leader to lead professional development across the state of Kansas. Mrs. Lawrence is also a doctoral student at the University of Kansas pursuing a doctoral degree in Curriculum and Instruction with an emphasis on middle school science. Mrs. Lawrence has received the William LaShier Scholarship for this doctoral program. Mrs. Lawrence currently teaches 8th-grade science in the Olathe School District where she sponsors the school’s science olympiad team as well as sits on the school’s building leadership team and district middle school science committee. Mrs. Lawrence also is a proud Webelos den leader of Pack 3388 in Gardner, Kansas where she most recently was the recipient of the outstanding Webelos leader for the Iron Horse District.

Recipients of the Randy Dix Award: 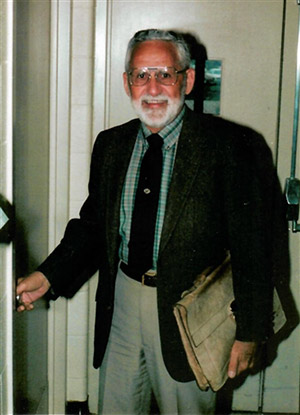 The Joe R. Kimmel Award was established in 1985 as a memorial to Joe R. Kimmel, M.D., Ph.D. by colleagues and students. Dr. Kimmel, Professor of Biochemistry and Molecular Biology, was on the faculty from 1963 until his death in 1985.

It is awarded for an outstanding research presentation in Biochemistry and Molecular Biology at the Student Research Forum.

Recipients of the Kimmel Award: 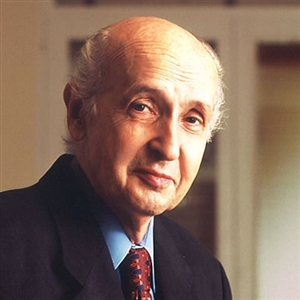 Santiago Grisolia Research Fellowship is awarded for Excellence in Biomedical Research by a Medical Student at the Student Research Forum.

This award was established in 1997 in commemoration of the esteemed career of Santiago Grisolia, M.D., Ph.D., by colleagues, associates, and students. Dr. Grisolia, Professor Emeritus at the University of Kansas
Medical Center, was Director of the McIlvain Laboratories, 1954-62 and Professor and inaugural Chairman of the Department of Biochemistry and
Molecular Biology, 1962-73. After a long and successful career, Dr. Grisolia passed away in 2022.

Recipients of the Grisolia Award: