The history of the department of anesthesiology at KU Medical Center is a story of innovation, pioneering, leadership, growth and impact.

In 1894, Dr. Simeon Bishop Bell donated 20 acres on Seminary Street in Rosedale Kansas to establish the Eleanor Taylor Bell Memorial Hospital, in honor of his late wife. The 3-story brick hospital opened in 1906 and contained 35 beds. Later the name was changed to The University of Kansas Hospital. The first anesthetic at the Eleanor Taylor Bell Memorial Hospital was given in September of 1906. At that time anesthesia was under the direction of the surgeon and administered by medical students, surgery residents and junior surgery staff.

When Dr. Orval Cunningham was appointed chief anesthetist in 1916 anesthesia took a professional role in the state of Kansas. Dr. Cunningham was a hyperbaric oxygen pioneer and invented one of the first hyperbaric tanks for therapy of hypoxia, pneumonia and hypertension. After constructing two tanks in Kansas City, Dr. Cunningham moved to Cleveland, Ohio to build the Cunningham Sanitarium. Dr. Anna Wenzel then served as chief anesthetist from 1928-1933 followed by Dr. Mervin Rumold and Dr. Francis Davis serving two consecutive years each.

It wasn't until 1965 that Anesthesiology formed into a department of its own. The first department Chair was Dr. Ray Parmley. During Dr. Parmley's tenure as Chair, the nurse anesthesia training program and the inhalation therapy education program began. In 1976, Dr. Kasumi Arakawa acquired the position as department Chair. Dr. Arakawa adept at acupuncture formed the first pain management program in Kansas City. Following Dr. Arakawa's retirement, Dr. Kirk Benson acquired the position in 1994. Dr. Benson helped form the medical center's physician practice group, Kansas University Physicians, Inc. (KUPI). In 2005, Dr. Benson resigned as Chair to concentrate on his duties as Associate Dean and President of KUPI. Dr. James Kindscher acquired the position in 2005, followed by Dr. Talal Khan in 2012. During this time, the number of physicians more than doubled, the department increased CRNAs from 1 to 50 and anesthesia coverage expanded into areas outside the OR.

There are a number of notable individuals throughout history that have influenced the development and growth of the Department of Anesthesiology at KUMC. Click below to learn more about each individual and their impact on our department. 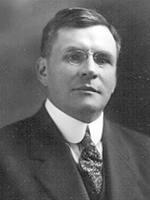 Dr. Sudler was one of the first anesthesia instructors in 1906 when the University of Kansas Hospital first opened. 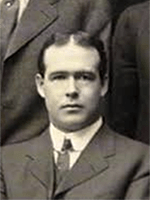 Dr. Sutton was born on April 5, 1877 in Utica, NY. His family moved to Russell, KS, in 1897 where he went on to graduate with a BS from the University of Kansas in 1900. He received his medical degree in 1907 from Columbia University and completing a surgical fellowship at Roosevelt Hospital in New York. He was a surgeon in World War I while stationed in France. He invented a method to detect foreign objects in the body, such as shrapnel. He also studied rectal administration of ether and developed a special machine for its administration in 1907. He authored numerous articles in surgery and anesthesia textbooks and journals. He died in 1926 at age 39 of a ruptured appendix. 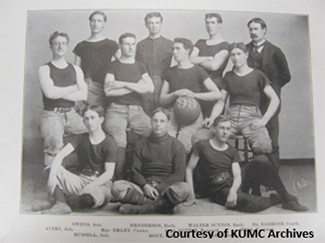 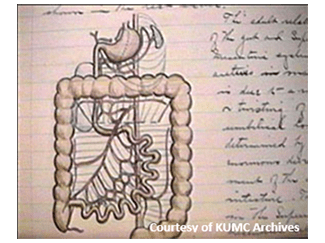 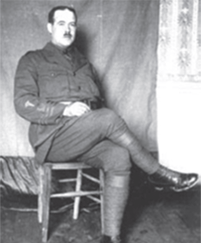 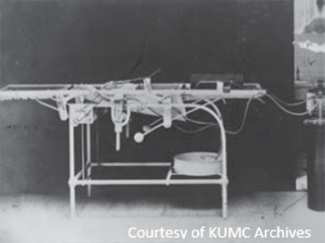 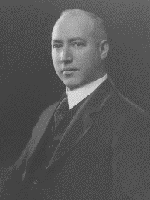 Dr. Cunningham was an Associate Professor of Surgery and was appointed the chief anesthetist in 1916, when anesthesia began to take a professional role in the state of Kansas. Developed Cunningham Hyperbaric Tank from 1918-1923. He wrote articles on N2O use and invented the N2O anesthesia machine. He was also a pioneer of hyperbaric medicine and invented one of the 1st hyperbaric tanks for therapy of hypoxia, pneumonia and hypertension. After constructing two tanks in Kansas City, he moved to Cleveland, OH, to build a large spherical shaped hyperbaric hospital, financed by industrial tycoon H.H. Timken of Canton, OH. Some of his notable publications include “Anesthesia” in JAMA June 18, 1908; “Administration of Ether” in JAMA 1909; “Nitrous Oxide and Oxygen” in Annals of Surgery 1913; and “Hyperbaric Oxygen Chamber” in Therapy. 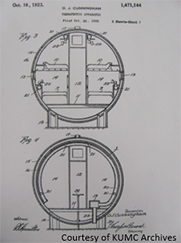 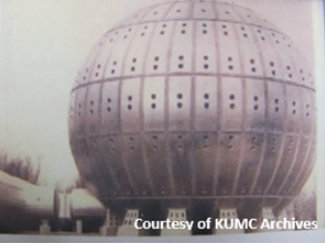 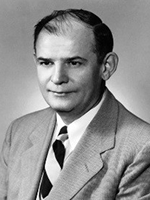 Dr. Lorhan was the first Chair of the anesthesia subsection within the Department of Surgery, serving as chair from 1938-1958. Here, he established approval for the first anesthesia residency program in Kansas in 1939 and started one of the first postgraduate “refresher courses” in anesthesiology. He was a prolific writer, researcher, and pioneer in geriatric anesthesia, introducing better patient monitoring and safer anesthesia. He invented an ether dripper, pediatric endotracheal apparatus, and the Lorhan-Webster staticator. As an involved member of the American Society of Anesthesiologists, he hosted the first and only ASA annual meeting held in Kansas City in 1956. In 1958, he left KUMC to assume position as chair of anesthesia at UCLA-affiliated Harbor General Hospital in Torrance, CA. 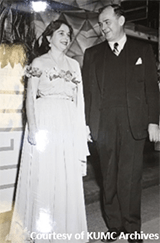 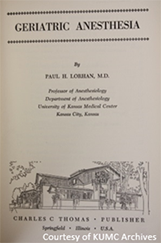 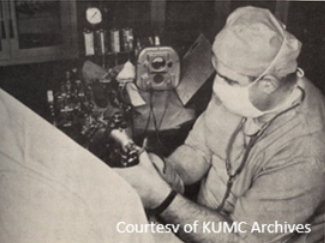 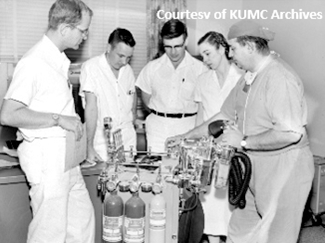 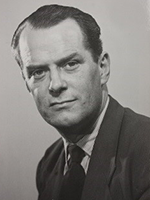 Dr. Mörch was a notable staff physician at KUMC from 1950-1953. While in Kansas, he redesigned an artificial ventilator that he previously invented in Denmark. In contrast to the iron lung, in which negative pressure provided ventilation, Mörch’s ventilator delivered intermittent positive pressure ventilation through a tracheostomy. He also made innovative improvements in anesthesia machines. 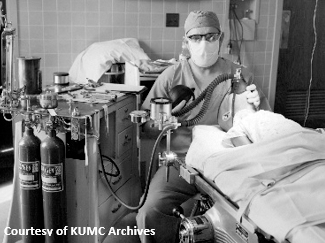 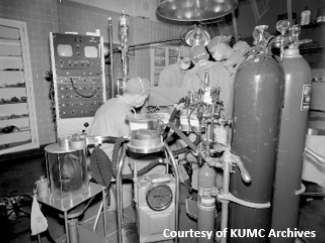 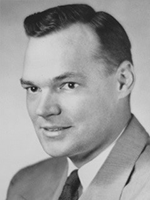 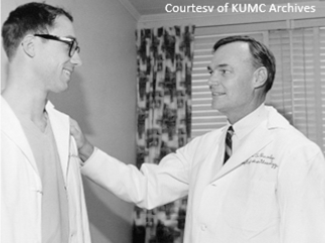 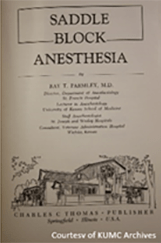 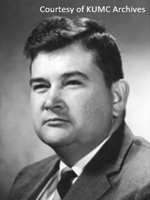 Dr. Hustead was a researcher, inventor, and writer. He developed the Hustead epidural needle, the pediatric non-rebreathing pressure relieving (NRPR) respirator valve, and the pediatric resuscitation simulator. He was also a founding member of the Society for Obstetric Anesthesia and Perinatology. 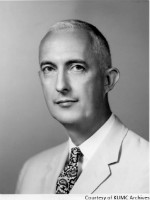 Dr. Mathewson attended medical school and completed his residency at KUMC, training under Dr. Ray Parmley. He was a Professor of Anesthesiology, Respiratory Therapy Education, and Nurse Anesthesia Education. He also served as the Medical Director for Respiratory Care at KUMC, providing classroom instruction to nurse anesthesia students and residents. He formed the first anesthesia group at St. Luke’s Hospital in Kansas City, MO. 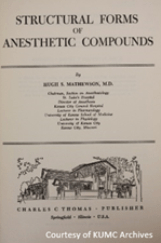 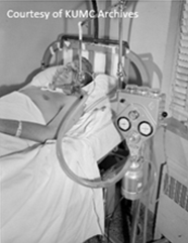 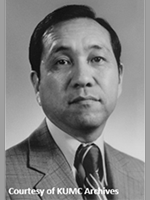 Dr. Arakawa was a resident and protégé of Dr. Parmley before becoming Chair of the Department of Anesthesiology, a position in which he served from 1976-1994. Dr. Arakawa created the first pain management program in Kansas City, and was instrumental in expanding the residency program and increasing departmental research and publications. He also continued the annual departmental postgraduate symposium. 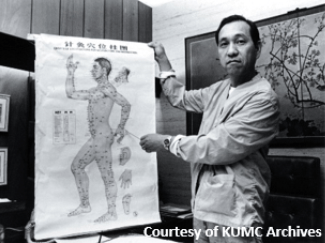 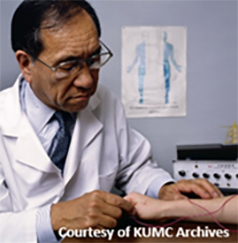 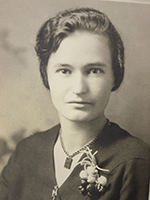 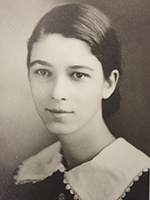