Highlights including faculty news from around the KU School of Medicine 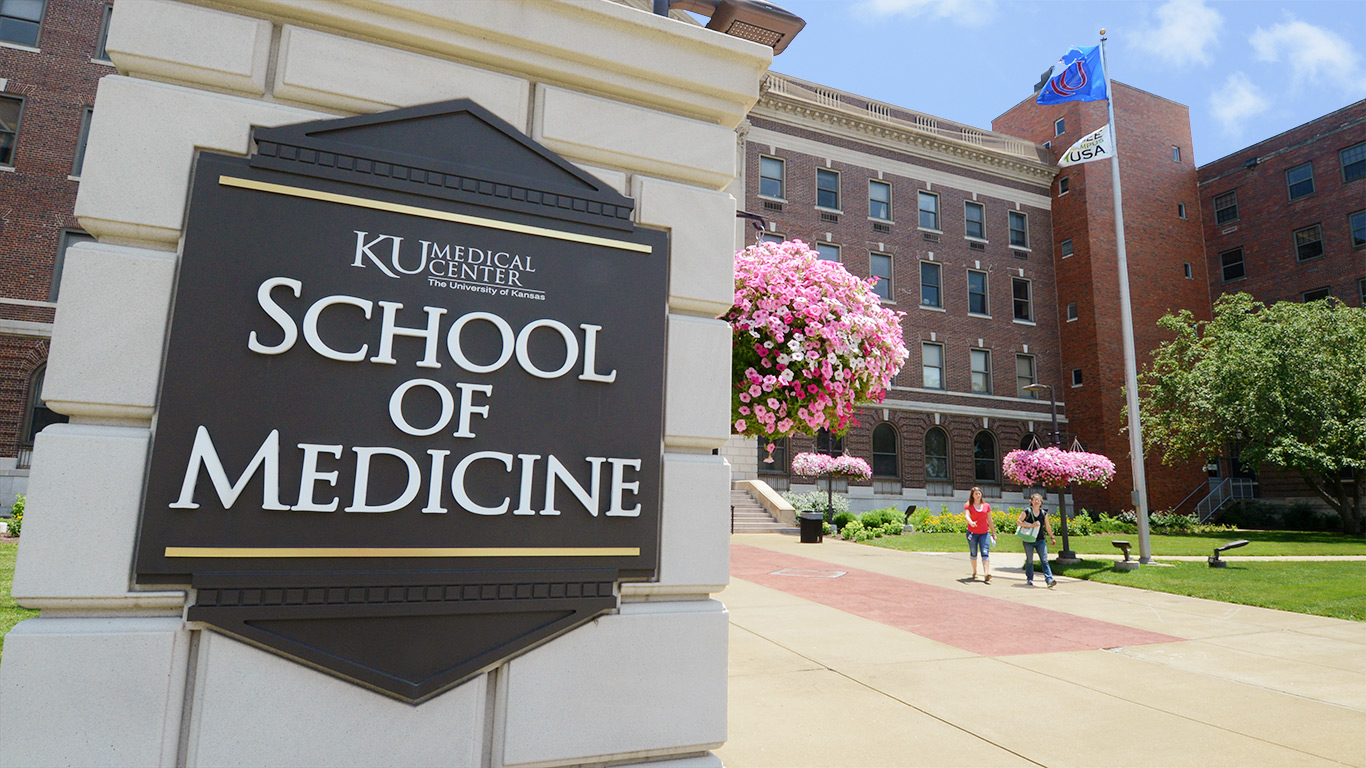 Jeffrey Holzbeierlein, M.D., John W. Weigel Endowed Professor of Urology, has been named chair of the Department of Urology. Holzbeierlein has established a reputation as a reliable and dynamic leader, resulting in appointments to multiple leadership positions within the medical center. He continues to fulfill many of these roles, including director of the division of urologic oncology, director of high-risk prostate cancer prevention and survivorship clinic, and medical director of the surgical oncology service line. Additionally, Holzbeierlein dedicates a significant amount of time serving on various committees and boards and maintains a busy clinical practice.

Warren Nothnick, Ph.D., professor and vice-chair of the Department of Molecular and Integrative Physiology, has been appointed director of the Center for Reproductive Sciences (CRS). Nothnick is internationally recognized for his work in the field of endometrial physiology and pathophysiology. His laboratory is actively investigating the pathophysiology of endometriosis with emphasis on the identification of novel diagnostic and therapeutic targets.

Amy O'Brien-Ladner, M.D., a pulmonologist and interim chair of the Department of Internal Medicine at the KU School of Medicine, has been elected as a councilor for the Association of Specialty Professors (ASP). The ASP works to improve education, research and patient care as well as influence public policy related to internal medicine and its subspecialties, such as gastroenterology, infectious disease and endocrinology.

Andrea Nicol, M.D., assistant professor of anesthesiology, has been awarded a prestigious National Institutes of Health K23 Award to study potential risk factors and patient characteristics that are linked with and possibly predictive of chronic pain after lumbar spine surgery. The discovery of specific central nervous system pain mechanisms and their potential role in the development of chronic pain after lumbar spine surgery will allow for a new and greater understanding of the condition and lead to further studies on how to lessen the risk or prevent the condition with treatments before, during, and after spine surgery.

J. Brantley Thrasher, M.D., FACS, professor and William L. Valk Distinguished Professor in the Department of Urology, has been elected to serve as the next executive secretary of the American Board of Urology (ABU), which is responsible for the certification of all new urologists as well as maintaining standards for urologists who are already board-certified. Thrasher is currently the president of the American Urological Association (AUA), and after he fulfills his role as immediate past-president for the AUA, he will step into this new leadership role for the ABU in May 2019.

Rajesh Pahwa, M.D., director of the Parkinson's Disease and Movement Disorder Center at KU Medical Center, is the lead author of a new study on how the drug amantadine can reduce a condition known as levodopa-induced dyskinesia (LID) in some Parkinson's patients. The research was published in JAMA Neurology. LID arises in more than half of Parkinson's patients who have taken levodopa for four to six years and in more than 90 percent of patients who have been on the drug for a decade. The disease itself affects nearly a million people in the U.S.

Robert D. Simari, M.D., executive dean of the school of medicine, was elected vice president of the Association of University Cardiologists (AUC) for 2017-2018 and will be president 2018-2019. Simari joined the AUC in 2013 and has previously served as a councilor, carrying out administrative functions of the association. The AUC is an organization focused on research and scholarship in the field of cardiology. Membership is limited to 135 elected leaders in academic cardiology nationwide.