Here are some of the recent notable accomplishments from KU School of Medicine alumni. 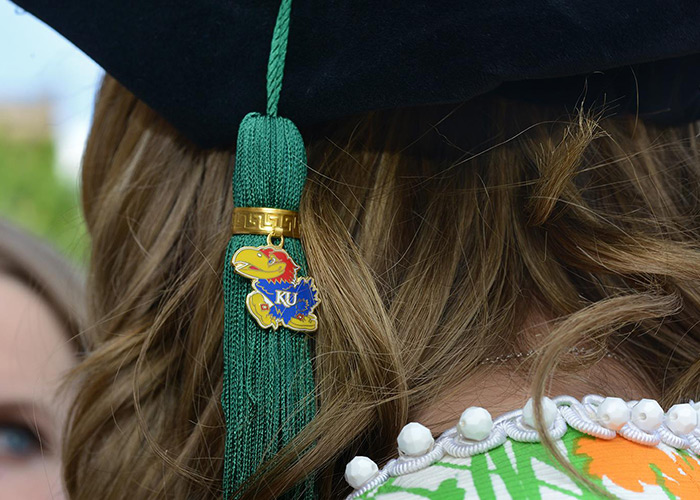 A KU School of Medicine graduate.

Alan M. Poisner, MD’60, earned two gold medals in race walking in the World Masters Games in Auckland, New Zealand. Earlier this month, he also won two more gold medals at the biannual National Senior Games in Birmingham, Alabama. He has a couple more national races coming up on his calendar. He writes that it is hard to believe he retired 16 years ago. He is still doing collaborative research with scientists at University of Missouri-Kansas City medical school when he is not traveling.

Luther Fry, MD’67, has been named as one of three Humanitarians of the Year by Kansas Governor Sam Brownback and Lieutenant Governor Jeff Colyer, MD. Fry, of Garden City, Kansas, is an ophthalmologist who has provided extensive charity care, ensuring none of his patients have been denied eye care because of their inability to pay.

Richard Hellman, MD, R’69, R’71, F’73, was recently selected to receive his third "Distinguished Reviewer" award from the American Diabetes Association and the Editorial Board of Diabetes Care. Each year, only 10 reviewers are selected from thousands of national and international reviewers. Diabetes Care, published by the American Diabetes Association, is considered by many experts to be the leading clinical diabetes journal in the world.

Michael Montgomery, MD’71, has been honored as one of Ingram’s 2017 Heroes in Healthcare for his extraordinary work in cardiology. He was the 2017 Lifetime Service honoree. Montgomery is a well-respected cardiologist who has been a fixture in regional heart care for more than 35 years.

The June/July 2017 issue of the Mission Magazine features Tomas Geraghty, MD’72, and the non-profit organization, Medical Aid for Children of Latin America (MACLA) that was developed to surgically treat underprivileged residents in the Dominican Republic and other third-world countries. With his surgical team, Geraghty has performed over 8,000 operations with MACLA.

David O. Barbe, MD, R'83, was inaugurated as 172nd President of the American Medical Association. Barbe is a family physician from Mountain Grove, Mo. In leading the nation’s largest physician organization, he will focus his tenure on advancing the AMA’s strategy to improve health outcomes for Americans living with pre-diabetes and hypertension; accelerate change in medical education and prepare students for today’s health care system; and enhance physician satisfaction and practice sustainability. “At a moment of unprecedented opportunity to shape the future of not only our profession but health care for years to come, I am excited and eager to lead the nation’s largest and most influential physician organization,” said Barbe. “The AMA’s work supports physicians across all specialties, career stages and practice settings as they navigate ongoing changes in medicine today and in the future. We are committed to providing physicians and physicians-in-training with the resources they need in their unique career journeys so they can provide the best care to patients.”

Mary Choi, MD’84, was honored at the Brooklyn Go Red For Women luncheon, hosted by the American Heart Association. Choi treats patients at NY-Presbyterian Brooklyn Methodist Hospital and is a physician-scientist. She is currently an associate professor of medicine at Weill Cornell Medical College and associate physician at the New York-Presbyterian Hospital Weill Cornell in Manhattan.

Louanne Hudgins, MD’84, FACMG, of Palo Alto, Calif., is the new president of the American College of Medical Genetics and Genomics, the national professional organization for clinical and laboratory genetics professionals. "This is an amazing time for the diagnosis and treatment of genetic conditions," said Hudgins. "A great opportunity now and in the future comes from the improved ability to identify the underlying molecular causes for genetic disorders."

John L. Dornhoffer, MD’88, has been named chairman of the department of otolaryngology-head and neck surgery in the College of Medicine at the University of Arkansas for Medical Sciences (UAMS).

“Dr. Dornhoffer brings exceptional leadership experience and a strong commitment to all of our mission areas to his new role,” UAMS Executive Vice Chancellor and College of Medicine Dean Pope L. Moseley said in the release. “He has gained international recognition for his surgical skills and for his research into hearing loss and conditions such as tinnitus, vertigo and other balance disorders. He has invented two lines of prostheses that are used worldwide for middle ear reconstruction.

Heather B. Krantz, MD’89, an integrative medicine physician and mindfulness teacher, has published a children's book teaching mindfulness of the breath. "Mind Bubbles: Exploring mindfulness with kids" presents an easy way for young children to engage with their breath while noting thoughts and feelings passing and popping like bubbles. The book is a clear, concise, and secular explanation of mindfulness that children ages 4-8 will understand and want to try for themselves. It may be read to or by young children and includes a guided mindful breathing script for continued practice.

Robert E. Pluenneke, MD’90, R’93, F’96, has been honored as one of Ingram’s 2017 Heroes in Healthcare for his extraordinary work in oncology. Pluenneke works in hematology and oncology at The University of Kansas Health System. He's one of the best in the field and has many success stories of helping cancer patients achieve remission.

Colleagues and patients say the work Robert S. Freelove, MD’00, R’04, does in Salina is making the community a better place. The efforts of the Salina physician, who serves as chief executive officer and chief medical officer of Salina Family Healthcare Center and residency program director of Smoky Hill Family Medicine Residency, were recognized when he was chosen to receive the Kansas Humanitarian Award from the Kansas Academy of Family Physicians (KAFP). Carolyn Gaughan, KAFP executive vice president, said the organization “wholeheartedly embraces the work of Dr. Freelove and feel he is most deserving of receiving this honor.”

Julie Larson, MD, R'16, has published a book titled I Have A Doll Just Like You that helps explain amputation and limb deficiency to children. In addition to the fictional story, it contains a "letter to parents/teachers" about how to react in situations when children point, stare and/or ask about someone who looks different than they do. Proceeds from Larson's book will be donated to send children with limb differences to amputee camps.