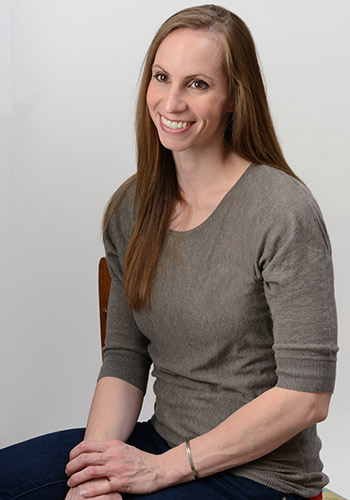 Julianne Rathbun didn’t always want to be a doctor. She grew up in Durham, Kansas (population 112), and after high school enrolled at Kansas State University with the intent of becoming a physical therapist. But when she took a human anatomy class, Rathbun realized that being a physician was her destiny.

When it came to medical school, Rathbun knew she wanted to attend the University of Kansas School of Medicine campus in Salina.

The KU School of Medicine opened the Salina campus in 2011 in an effort to address the critical shortage of primary care physicians in Kansas. With eight students admitted each year, the Salina campus is the smallest four-year medical education site in the United States. The campus is attracting more students like Rathbun, who enter medical school with a strong desire to practice in rural areas.

“My hometown is about 45 minutes away from Salina,” Rathbun said. “I’m such a homebody that I knew I didn’t want to stray too far away.”

Rathbun went into medical school thinking, like most of the students who train at the Salina campus, she would become a family physician and practice in a rural area of Kansas. But something happened when she began her third-year surgical rotation in urology under the tutelage of Ryan Payne, M.D., a practicing urologist and a faculty member at the KU School of Medicine−Salina.

“That very first day, Dr. Payne let me assist with a surgical procedure, and from that day forward, I was hooked on urology,” Rathbun said.

Payne said he knew almost immediately that Rathbun would be a great urologist someday.

“She was an outstanding student, academically, both in her effort, and her attitude and personality,” Payne said. “She contacted me several months after that surgical rotation and said that she was interested in considering a career in urology.”

That was the beginning of a special student-mentor relationship. Rathbun said that she and Payne had a lot in common. For one thing, they bonded because they were both star athletes at Kansas State (Rathbun played volleyball and basketball, and Payne was on the football team.)

“Urologists in general seem to be happy and laid back people, and I have a feeling I will fit right in with them.”

Rathbun said Payne also reinforced to her that she could accomplish whatever she wanted, even if it meant entering a field traditionally dominated by men.

“Almost 80 percent of urologists are male,” Rathbun said. “But now that half of all medical school graduates are female, I’m encouraged that more of them are going into urology.”

During her fourth year, Rathbun did another clinical rotation with Payne’s urology group practice in Salina. Payne said as Rathbun’s interest in urology as a career grew, they had several meetings where he advised her on how to approach her fourth year of medical school, as well as counseling her on the ins and out of the residency application and interview process for urology.

Rathbun is currently serving her residency at the University of Missouri-Columbia. But she said she would love to come back to western Kansas to practice, so she and her husband can be near their families and friends.

“As our friendship and professional relationship grew, we discussed any interest she might have in potentially moving back to Salina after she completes residency,” Payne said. “All of my colleagues in our practice could see what an excellent student Julianne was and shared my belief that she was going to be a great doctor she.

Regardless of where she ends up practicing, Rathbun said she will never forget the doctor and teacher who helped her navigate through medical school and to her true calling.

“When you spend time around Dr. Payne, it is so obvious how much he loves being a urologist,” Rathbun said. “Urologists in general seem to be happy and laid back people, and I have a feeling I will fit right in with them."

For his part, Payne said there is nothing that means more to him to know that he has had a major impact on the life of a promising young medical student.

“To have a student of the quality of Julianne is a tremendous pleasure, regardless of what she would have decided to do with her career and life,” Payne said. “But knowing that my teaching and guiding her was positive enough that she chose urology as a career and is interested in working as part of our group in the future is extremely rewarding.”