"Neuroendocrine Basis of Reproduction: KNDy cells and beyond"

To donate to this event, please visit KUendowment.org/IRHRM 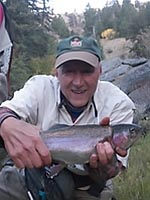 Born in Grand Rapids Michigan, Dr Voogt received a Bachelor of Science degree from Michigan Technological University, followed by his doctorate at Michigan State University under the mentorship of Joseph Meites. After spending his postdoctoral training with William Ganong at the University of California, San Francisco, he joined the faculty at the University of Louisville. In 1977 Dr. Voogt took a position at Kansas University Medical Center in the Department of Molecular and Integrative Physiology, where he served as chair for ten years. During his time at KU, Dr. Voogt did a sabbatical at Erasmus University in The Netherlands.

Dr. Voogt maintained a vigorous research career in reproductive neuroendocrinology for the past 36 years, publishing over 100 peer-reviewed articles as well as numerous reviews. He has maintained his research by obtaining federal grants from both NIH and NSF through-out this time period. During his sabbatical, he learned several new approaches to his research that he was able to convert into a long-standing NIH grant upon his return to KU.

The entire focus of Dr. Voogt's research has been the brain regulation of prolactin secretion. He moved from using whole animals initially to more molecular and cellular approaches as new developments occurred. However, he views what happens in vivo as the most important part of his research, and never gets too far away from these types of experiments. His efforts have focused extensively on how dopaminergic neurons in the hypothalamus are regulated, since it is dopamine secretion into the hypophysial portal blood leading to the pituitary that is the primary regulator of prolactin.

In recognition of his research, he received invitations to present his work at international and national meetings. In addition to service on numerous editorial boards, he served on several NIH study sections and was chair of the Reproductive Biology Study section.

In 2005, Dr. Voogt was appointed Vice Chancellor of Research and President of the Research Institute at KUMC. Following his retirement at the end of 2006, he was named professor emeritus. He currently lives in Colorado with his wife, Mary Jane, where he spends time volunteering, fly fishing, woodworking, golfing, traveling, and hiking and snowshoeing in the Rocky Mountains.