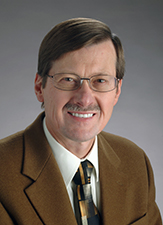 Dr. Butler is engaged in the clinical genetics practice of children and adults presenting for genetics services with emphasis on genetic disorders, developmental disabilities, congenital anomalies, cytogenetic syndromes, Prader-Willi syndrome, early onset of morbid obesity and autism. His research interests include the genetics of obesity with emphasis on Prader-Willi syndrome and obesity-related disorders, autism, psychiatric and behavioral genetics, genotype-phenotype correlations and the natural history and delineation of rare and uncommon clinical genetics syndromes.


Dr. Butler was a tenured Associate Professor of Pediatrics and Pathology and Director of the Regional Genetics Program at Vanderbilt University, Nashville, Tennessee, from 1984 to 1998. From 1998 to 2008, he was appointed Section Chief of Medical Genetics and Molecular Medicine at Children's Mercy Hospital and Professor of Pediatrics, University of Missouri - Kansas City School of Medicine. In 2008, he was appointed Professor of Psychiatry and Behavioral Sciences and Pediatrics and Director, Division of Research, University of Kansas Medical Center.


He has been an active member of several professional organizations including NIH study sections, editorial boards for journals, and conducted extramurally funded research on Prader-Willi, Angelman and fragile X syndromes, the genetics of autism and obesity and delineation of genetic disorders. He has published over 400 research articles, multiple book chapters and edited several journal issues and two textbooks.