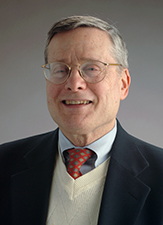 Dr. Neuberger's teaching focus is on both the learning of basic environmental and epidemiologic scientific concepts and facts, as well as on the development of critical thinking skills. In Environmental Health, for example, he uses the flipped classroom approach extensively to gauge the student's knowledge, degree of engagement in the material, and critical thinking about the subject. He places a strong emphasis on class participation.

Dr. Neuberger has worked closely with the Kansas Department of Health and Environment (KDHE) on several issues, including health hazards at a Superfund site in Southeast Kansas (see research overview), smoking and indoor air quality, and fluoridation of drinking water. He has also worked closely with the Kansas City, Missouri Health Department on several issues of concern to them (e.g., food protection and lead poisoning). His primary public health focus is on the prevention and control of environmental health hazards.

One of his earliest research projects was studying the effects of added fluoride in drinking water on total cancers. Public hearings were held in Kansas City, Missouri and Lawrence, Kansas. After a group of individuals and groups, including the Dental Society, testified that there was no cause and effect relationship, local officials decided to leave the fluoridation additives in the drinking water. He later wrote a paper concerning this issue. Fluoridatiion of drinking water has recently resurfaced, this time with those opposed to fluoridation claiming that it reduces childrens' IQ's.

Dr. Neuberger has studied health hazards at the Tri-State Mining District site in Southeast Kansas, Northeast Oklahoma, and Southwest Missouri. This site has environmental exposures to silica dust, lead, and cadmium in the mine tailings and groundwater (lead and cadmium). Lung cancer mortality rates were significantly elevated in white males in all three of the district's contiguous counties. He concluded that the excess lung cancer mortality rate was related to both cigarette smoking and working in the lead-zinc mines. The mines had elevated levels of radon gas. This research has resulted in several publications.

An additional interest of his has been in the prevalence of Multiple Sclerosis. Dr. Neuberger worked with Dr. Sharon Lynch in the Department of Neurology at KUMC, along with investigators from sites in Texas and Ohio. The study was funded by the Agency for Toxic Substances and Disease Registry, part of the CDC. The overall findings of the group were that the prevalence of this disease is higher the further that you get from the Equator, thus confirming what others have found. However, in contrast to others, this study used a common protocol in three different areas of the U.S.. The reason for this geographic trend in prevalence is unknown. One hypothesis is that sunlight is protective. The research has resulted in several publications.

A major area of interest for Dr. Neuberger is residential radon exposure and lung cancer. In collaboration with investigators at the University of Iowa School of Medicine a case-control study of lung cancer in Iowa women who had lived in their current home for more than 20 years was conducted. We found that there is clearly a radon effect in current smokers but that results in non-smokers are unclear, but tend to be much weaker. The major risk factor in lung cancer remains cigarette usage. This research has resulted in multiple publications.