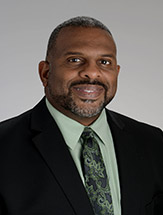 The history of medicine has come a long way from the hagiographies that used to define the field. Much of that changed with its philosophical and theoretical merger with the history of science. The theoretical approach of the history of science is about critically investigating how and why we think what we think. Historians of science examine how specific subjects get taken up as objects of study, including looking at the motivations of how research is funded and how that drives the knowledge produced. We also investigate the influence of culture on perception and on the interpretation of data. In all my scholarship, I seek to illuminate the inextricably intertwined relationship between knowledge, behavior, authority, and power.

I examine the production of biomedical knowledge from two perspectives: on the one hand, as a new way of understanding what it means to be human that emerged in the early 19thcentury that has allowed for an incredible ability to increase the longevity of life for those privileged enough to be on its receiving end. On the other hand, the past two centuries have analogously witnessed an explosive disparity in health and well-being, roughly between the global north and the global south. This ever-widening disparity in health and well-being has its locus in the exercising of state and corporate power that finds its justification in that same 19th century biomedical understanding of what it means to be human.

What is the relationship between biomedical understanding of the world and health inequities? As historians of medicine, we often talk of the tendency to see patients as just a body, or just a disease, or most extremely as an "anticipatory corpse." Put another way, contemporary biomedicine employs a mode of perception that reduces the human experience to bio-genetic processes. This tendency, to reduce people to their biology, is not specific to medicine but became the way that both the biological and social sciences began to interpret all human affairs from the 19thcentury onwards. While this understanding allowed for the rise of allopathic medicine, it simultaneously solidified our social hierarchies in a discourse of biology.

Clinically, the level of focus is most often reduced to the individual while structural and social determinants of health, behavior, status, and general well-being become not only obscured but often unthinkable. The healthcare professions are ideally poised to lead the challenge against biological reductionism because healthcare providers are frontline witnesses to how stress, anxiety, depression, and oppression are manifested in people's health.

My research takes the approach of translational science: making the history of medicine/science directly applicable to resolving local inequities of health and well-being. In my scholarship, I examine the relationship between the production of biomedical knowledge and perhaps the largest apparatus of state power: mass incarceration. My areas of specialty include the history of drug policy in the U.S., the ethics and history of human subject research, health inequities research (particular pertaining to incarcerated populations), and the social and structural determinants of health.