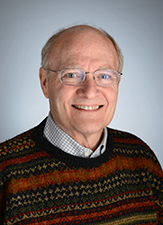 Polycystic kidney disease (PKD) is characterized by the growth of numerous, large epithelial-lined cysts from the nephrons and collecting ducts of affected kidneys. It is one of the most common lethal genetic diseases in the U.S. and worldwide. Cyst formation is initiated early in fetal kidneys, suggesting that the disease is caused by an abnormality in the differentiation of renal tubules. Most cases of human PKD are known to be caused by mutations in two unlinked genes, PKD1 and PKD2, with mutations in the PKD1 gene being associated with ~85% of PKD cases. The PKD1 protein product, polycystin-1, is a very large, membrane-associated glycoprotein. The N-terminal, extracellular region is ~3,000 amino acids in length, the membrane-spanning region (including 11 transmembrane domains) is ~1,000 amino acids in length, and the C-terminal, cytosolic domain is ~200 amino acids in length.

A number of protein motifs have been identified in the N-terminal, extracellular region and in the C-terminal, cytosolic region that suggest that polycystin-1 may function as a plasma membrane receptor, possibly to regulate cell differentiation as a ciliary mechanosenor. The PKD2 protein product, polycystin-2, is a calcium channel that directly interacts with polycystin-1. Thus, polycystin-1 may regulate polycystin-2 channel activity. The proposed role of polycystin-1 as a membrane receptor is supported by evidence from other labs and by our own work showing that expression of polycystin-1 fusion proteins in transiently transfected cells activates a number of cellular signaling pathways, including activation of the AP-1 and NFAT transcription factors (Parnell et al., 2002; Puri et al. 2004). Much of our current work is based on our evidence that polycystin-1 functions as a heterotrimeric G protein coupled receptor (Parnell et al., 1998; 2002).

To test this, we carried out in vitro protein binding assays using bacterially expressed polycystin-1 fusion constructs, which showed that the C-terminal cytosolic domain can stably bind G proteins. The binding domain was found to be within an evolutionarily conserved region of polycystin-1, and to contain a 20-amino acid peptide sequence that can activate purified G proteins in vitro. These results were the first to demonstrate that polycystin-1 may function by initiating heterotrimeric G protein coupled signal transduction.