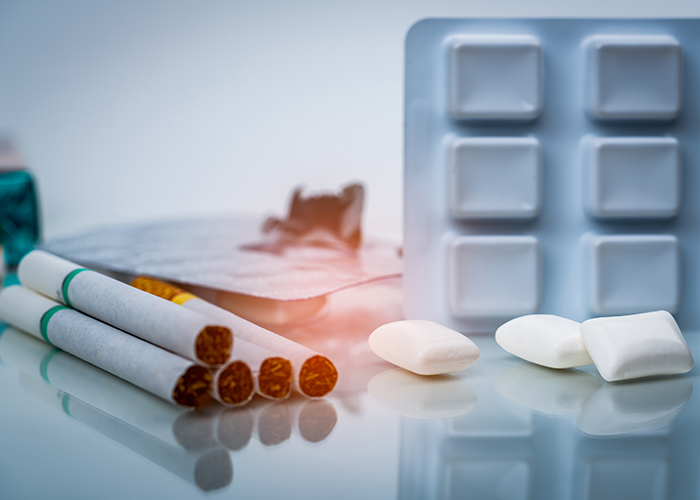 African American daily smokers who were given varenicline while receiving counseling had significantly greater quit rates than those who received a placebo.

African Americans have been underrepresented in tobacco treatment research, including the clinical trials that led to the 2006 FDA approval of varenicline, the leading pharmacological treatment for smoking cessation commonly known by the brand name Chantix. Meanwhile, African Americans suffer higher rates of smoking-related disease and death despite smoking fewer cigarettes per day than white Americans.

Researchers at The University of Kansas Cancer Center have released the results of a clinical trial that examined the effectiveness of varenicline in African Americans. In their study published in JAMA, African American daily smokers who were given varenicline while receiving counseling had significantly greater quit rates than those who received a placebo.

“Varenicline is really important,” said Lisa Sanderson Cox, Ph.D., lead author of the study, professor of population health at the University of Kansas Medical Center and member of The University of Kansas Cancer Center’s cancer prevention and control research program. “We have strong evidence that varenicline is safe and effective for African American smokers. Clinicians need to be proactive in recommending counseling and pharmacotherapy for African Americans, and varenicline can make a big difference in helping individuals quit smoking.”

Advancing treatment for African American smokers to improve health equity was the impetus for a partnership that began 25 years ago between KU Medical Center’s Department of Population Health, The University of Kansas Cancer Center and Swope Health, a Kansas City-based federally qualified health center serving mostly African American patients. This partnership launched the Kick It at Swope (KIS) series of clinical trials, some of the few studies in the country designed specifically for African Americans who smoke.

What has been critical to the success of the KIS trials has been the engagement with the community, Cox said, aided by the trust potential participants have in Swope Health and have gained in the Kick It at Swope program. LaWanda Swoopes, a clinical trials participant, had been an on-again, off-again smoker since college. She successfully quit smoking through the Swope program after a coworker who was participating in the program referred her.

“Normally people look at research on such a large scale, but I think to participate is just doing your part,” Swoopes said in a November 2021 episode of Bench to Bedside, a weekly Facebook Live series hosted by The University of Kansas Cancer Center. “That’s how I felt, in choosing to participate — just doing my part to maybe help someone else. They give the opportunity to refer someone, and now I can do my part in the community to help someone stop smoking.”

The study comes 20 years after the first KIS trial, published in JAMA in 2002, examined the effectiveness of a different, earlier smoking cessation drug for African American adult smokers. The current study on varenicline included 500 adults who identified as African American or Black, were 18 years of age or older, were established daily smokers who used at least one cigarette per day and were interested in stopping smoking.

Participants were randomly assigned to receive either varenicline or placebo for 12 weeks, along with six counseling sessions. The study followed up with all participants after six months, with self-reported abstinence verified through saliva samples.

The study showed that after six months, 16% of African American smokers who took varenicline in addition to receiving counseling were still abstinent, while 7% of smokers who received a placebo and counseling managed to refrain from smoking. At 12 weeks, the difference was even greater: 19% of smokers taking varenicline were abstinent versus 7% abstinence in the placebo group.

“We saw a doubling to tripling of quit rates between the two groups, and we did not see a significant difference between the placebo and varenicline in terms of side effects,” said Cox. “African Americans tend to smoke less yet have more disease burden from tobacco use, so treatment is really, really critical.”

In addition to comparing the quit rates for the varenicline versus the placebo group at the 26-week follow-up, the study also examined the difference in rates for another under-studied group: light smokers, defined as smoking 10 or fewer cigarettes per day. This subset is particularly relevant to African American smokers, the majority of whom fall into this category.

Previous KIS studies have shown that some African Americans metabolize nicotine more slowly, Cox said, leading to a need to smoke fewer cigarettes to achieve the same reward. Societal factors have also led to an increase in the proportion of light smokers, such as the high cost of cigarettes and restrictions on smoking in public spaces and places of employment.

“More people are smoking fewer cigarettes per day, which is fantastic in some ways,” said Cox. “But even smoking one or two cigarettes per day has a massive increase in health risk. So, we have to figure out better treatments for light smokers.”

Cox and her colleagues hope the study can influence clinical practice guidelines for African Americans who want to quit smoking as well as for light smokers.

Researchers at the University of Wisconsin School of Medicine and Public Health have written an editorial for JAMA about the study: