Underrepresented college students who graduated high school in urban centers in Kansas are eligible for the first year of a program that provides mentorship, job shadowing and academic preparation for medical school. 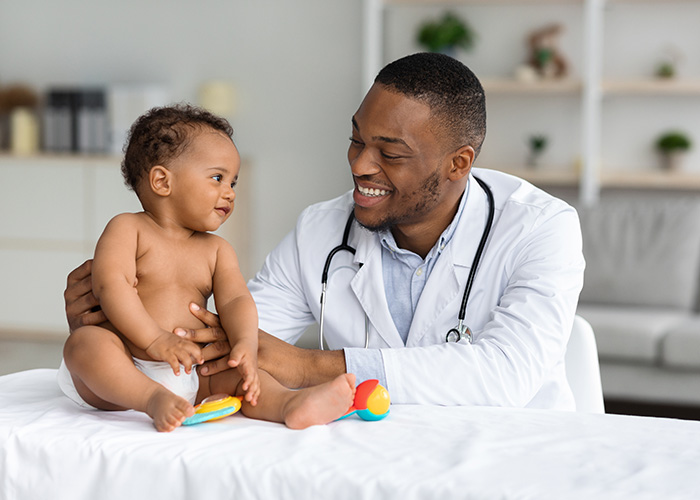 College students who graduated high school in the urban centers of Kansas can now get help preparing themselves for the University of Kansas School of Medicine. A new program, modeled after an existing program for students in rural Kansas, gives students underrepresented in medicine some assistance in the competitive (and sometimes confusing) process of becoming a doctor.

The Urban Scholars Program for Students Underrepresented in Medicine will be offered for the first time ever in 2022. The KU School of Medicine’s Office of Diversity and Inclusion and Office of Admissions created a partnership to jointly run the initiative.

The application deadline is April 1, 2022, and certain criteria must be met. Specifically, students need to have graduated from high school in an urban center of Kansas (Kansas City, Wichita, Topeka or Lawrence) and currently be a sophomore at a college or university. Candidates must also be a member of a population underrepresented in medicine, which for this program includes:

Once they’ve successfully completed the Urban Scholars program and obtained their bachelor’s degree, the scholars are guaranteed admission to KU School of Medicine.

Brian Steele, Ed.D., associate dean for admissions of KU School of Medicine, said these “early assurance” programs are not common in medical schools. “Most universities concentrate on summer programs that help students to apply to medical school or to gain some medical experience. And often, these programs are dependent on where the students earned their undergraduate degrees,” he said.

The medical center’s Urban Scholar program takes a much more proactive, all-encompassing approach, he explained. Enrollment is limited to where students graduated from high school, not college, and students benefit from mentorship, preparatory classes and job shadowing for a few years, not a few months.

Maria Alonso Luaces, Ph.D., is director of the Office of Diversity and Inclusion for KU School of Medicine and assistant professor in the Department of Family and Community Medicine.  She said the new Urban Scholars program closes a gap in recruitment efforts. “For quite a while now, KU School of Medicine has had a rural scholars program. The goal was to recruit students from rural areas to come into medicine. What we wanted to do was replicate that program in the urban core,” she said.

“The idea for Urban Scholars, then, was ‘Why are we not following similar steps to get underrepresented students from urban areas to get their medical degrees and then go on to practice in urban areas?’“ Steele said.

It’s important to attract this key demographic to medical school because research has also shown that these students return to practice medicine where they grew up, too. “Students that come from medically underserved areas are more likely to return to those areas to practice medicine once they’re a physician,” Steele said. “So, the intent of Urban Scholars is not just to get these students into medical schools but support them with a pathway to return to these communities to serve.”

"Programs like Urban Scholars are crucial to the university not only for the diversity of the School of Medicine but for the health care of Kansas. "
- Maria Alonso Luaces, Ph.D.

Luaces said once the Urban Scholars return to their communities, research bears out that they’ll be more effective at treatment than someone who didn’t grow up in that community. “For obvious reasons, right? If that’s where you grew up, you’re going to understand your patients better, because that was you a while ago. And these students have family ties to the area, which makes them more likely to want to come back, aside from their professional goals or willingness to work in an underserved area,” she said.

Current enrollment numbers in KU School of Medicine indicate that 60% of students come from Kansas urban centers, including their suburbs. (Suburban high schools are not a part of this program, which focuses on the urban core.) Only 9% of KU medical students identified themselves as coming from a group underrepresented in medicine.

“Programs like Urban Scholars are crucial to the university,” Luaces said, “not only for the diversity of the School of Medicine but for the health care of Kansas. Think of how amazing it will be for areas like Kansas City or Topeka to have these students obtain the mentorship they need, to be successful in the health sciences and then return to these areas to be the doctors those patients can depend upon.”

Interested college and university sophomores who fit the criteria should review the Urban Scholars program timeline and apply through a form accessible on the Urban Scholars website. Questions about the program or the application process can be answered by emailing ODI@kumc.edu.

The Office of Diversity and Inclusion at KU Medical Center has other programs and resources for students underrepresented in medicine, too. Details on K-12 initiatives and a five-week summer program for college juniors and seniors are available online.

For questions about applications for Scholars in Rural Health, due June 10, email Jason Edwards, M.Ed., director of premedical programs, at jedwards2@kumc.edu.