SHARPhub was established in 2018 to help researchers move biomedical discoveries and technologies out of the laboratory and into the commercial market, where they can be used to improve human health. 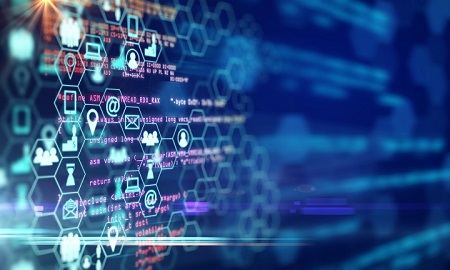 When A. J. Mellott, Ph.D., was earning his doctoral degree in bioengineering at the University of Kansas, he never expected that once he started his career as a researcher in academia he would need to market a product, hire an accountant, apply for seed capital or create a business plan.

Yet these are all things that Mellott, a research assistant professor in the Department of Plastic Surgery at the University of Kansas Medical Center since 2015, has spent the past year learning to do.

Mellott is a member of the first group of scientist-entrepreneurs who participated in the Sustainable Heartland Accelerator Regional Partnership Hub. SHARPhub was established in 2018 to help researchers move biomedical discoveries and technologies out of the laboratory and into the commercial market, where they can be used to improve human health.

SHARPhub is supported by a three-year small business technology transfer (STTR) grant from the National Institute of General Medical Sciences, one of the National Institutes of Health (NIH), as part of their Institutional Development Award (IDeA) program. The IDeA program supports research in states that historically have had low levels of NIH funding. SHARPhub was created to fast-track to market the discoveries made by scientists in the IDeA program's central region: Kansas, Oklahoma, Nebraska, North Dakota and South Dakota.

"There are a lot of steps to the entrepreneurial process that scientists just aren't trained for," said Douglas Wright, Ph.D., professor and vice chair of the Department of Anatomy and Cell Biology at KU Medical Center and principal investigator of the Kansas IDeA Network of Biomedical Research Excellence. "That's the point of these accelerator hubs-to provide this training."

SHARPhub was spearheaded by Wright, who serves as its principal investigator along with Becky Aistrup, managing partner of BBC Entrepreneurial Training and Consulting. BBC was selected as the business partner for SHARPhub because of their experience working with technology entrepreneurs and start-up companies.

"SHARPhub's goal is to build an entrepreneurial community across the central region, to continue to change the entrepreneurial culture at research institutions and to provide innovators the tools to be successful," said Wright.

The pilot year of the grant, which ended at the end of 2019, was spent developing and rolling out the SHARPhub program in Kansas. Central to the program is helping these young companies apply for federal Small Business Innovation Research (SBIR) and STTR grants.

In addition, SHARPhub offers training sessions for researchers about market assessment, protecting intellectual property, identifying customers, filing patents and starting a company-and how to do so within the parameters of their university's rules and infrastructure. It also provides scientists with business mentoring and networking opportunities.

Wright notes that researchers aren't trained to think like businesspeople. "We don't conduct research with an eye toward, ‘Is this something I can market?'" he said. "Moving ideas out of the laboratory requires a different mindset."

Mellott can attest to that. He never planned to create, let alone commercialize, his invention, a device called a T-block (tissue-block) that enables scientists to quickly and inexpensively mass-produce stem cells and other kinds of cells from human tissue. Typically, scientists grow cells on a flat surface, in two dimensions. With a T-block, they can grow the tissue in three dimensions, rapidly accelerating the mass production of these cells, which then can be used to regenerate human tissue for reconstructive surgeries.

Mellott created the T-block when he was trying to produce enough stem cells to regenerate a thin layer of tissue in the ear that makes it possible for humans to hear. "I created it out of frustration from spending most of my days culturing stem cells and not having much time to do anything else scientifically," he said.

After he created the T-block, a friend convinced him that his device could help change healthcare. He founded a start-up company called Ronawk LLC to commercialize the technology and then attended SHARPhub's "StartUp School," a series of six two-hour training sessions on starting a business.

From those sessions, he was selected as one of nine scientist entrepreneurs in the first SHARPhub cohort. Other startups in the cohort had new technologies for ultrasound-assisted lasers to destroy blood clots, a peptide-based prostate cancer treatment and a miniature device that models the flow of blood and cells to tissue to help improve drug testing.

Last year, Mellott and his business partner established an office in Olathe for Ronawk and hired an accountant. BBC trained them on how to set up Ronawk's books so that they conform to the rules required for federal grants. BBC also helped them apply for SBIR and STTR grants, although Mellott noted that it takes most startups several applications before being awarded one of these federal grants.

Meanwhile, in September, the company won a local startup grant from Digital Sandbox KC, which they used to purchase a 3D bioprinter. Shortly thereafter, Ronawk became the first company from the Great Plains to be invited to join the Advanced Regenerative Manufacturing Institute, a nonprofit organization supported by the Department of Defense. Mellott was also recently selected as one of the 13 participants in the competitive Pipeline Entrepreneurial Fellowship program, which identifies and supports high-performing entrepreneurs in the Kansas City region.

Now that the pilot year is over and the SHARPhub program has been developed in Kansas, the next cohort of SHARPhub participants will come from startups from all five states in the IDeA central region. See all SHARPhub companies

"It's a great program for companies wanting to commercialize technology they developed in university," said Mellott.