Merlin G. Butler, M.D., Ph.D., professor emeritus in the Department of Psychiatry and Behavioral Sciences at the University of Kansas Medical Center, is part a research team that recently published a paper in JAMA Network Open about a new, inexpensive genetic testing method for rare genetic disorders that will allow newborns to screened earlier than ever before. 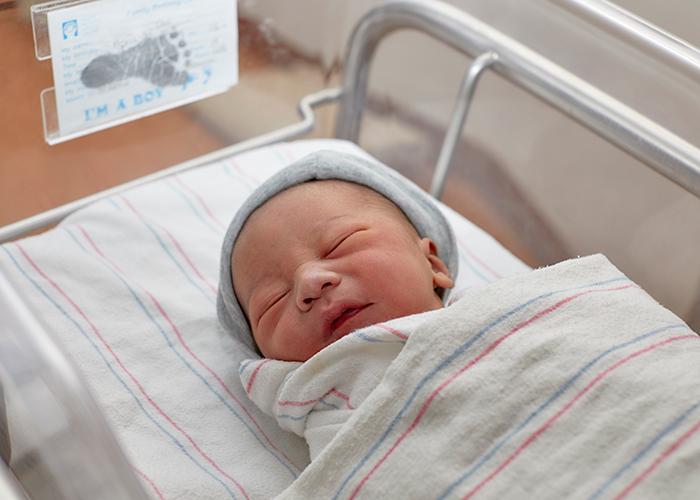 Learning their newborn may have a rare disease is devastating news no parent wants to hear. But knowing sooner rather than later could not only cut down on time spent waiting and worrying, but also allow families to seek treatment options more quickly and save on health care costs.

In a groundbreaking recent study, a research team that included Merlin G. Butler, M.D., Ph.D., professor emeritus in the Department of Psychiatry and Behavioral Sciences at the University of Kansas Medical Center, successfully used a new, inexpensive genetic testing method that can be automated to search for several rare disorders in newborns, meaning babies can be screened earlier than ever before.

The study also proved that it’s possible to add the new method, called SNRPN methylation genetic testing, to state newborn screening laboratories in the United States that are already set up and equipped to perform other types of genetic testing.

In a paper published Jan. 4 in JAMA Network Open, the study team reported that low-cost SNRPN methylation genetic testing of chromosome 15 can be automated to identify genetic disorders such as Prader-Willi (PWS), Angelman (AS) and Dup15q syndromes, which occur because of a deleted, duplicated or altered chromosome 15.

The study team validated the testing method by analyzing 1,356 blood, saliva and DNA tissue samples, including 166 with PWS, AS or Dup15q syndrome. Then the team used the validated analysis method to test 16,579 newborns in the general population from Australia, identifying two with PWS, two with AS and one with Dup15q syndrome.

Butler, an internationally recognized expert in rare conditions such as Prader-Willi and Angelman syndromes, has spent most of his decades-long career as a medical geneticist working at the forefront of research into rare genetic diseases.  His role on the study team included supplying DNA samples of PWS, AS and Dup15q study participants for testing, undertaking laboratory testing of samples as well as interpreting results that led to validation of genetic probes for methylation analysis of chromosome 15.

The findings in this first-of-its-kind study could have enormous implications for national and public health. Chromosome 15 diseases are confirmed using advanced genetic testing, but that testing is often not ordered until months after birth, leaving families in limbo in the meantime.

“This study shows the value and importance of advanced genetic technology and measures to identify classical genetic disorders,” Butler said. “The hope is that this technology eventually can be applied to X chromosome abnormalities as well, which occur in the population with a much higher frequency compared to Prader-Willi and Angelman syndromes.”

The study team estimated 400 babies with PWS and 400 with AS could be identified each year if the new testing method was used in state newborn screening labs in the United States. Doing so could lead to speedier diagnoses and treatment, millions in cost savings annually in diagnostic and intensive care for families of affected newborns, less stress and uncertainty for parents and medical staff and better quality of life with improved outcomes for these children.

PWS, AS and Dup15q syndromes cause learning and behavior problems. Children with these syndromes are at risk for autism and other anomalies. PWS and AS each occur in approximately one in 15,000 births, according to the Prader-Willi Syndrome Association USA and the Angelman Syndrome Foundation, respectively. The prevalence of Dup15q syndrome in the general population is unknown but is estimated to be as high as one in 5,000 births, according to the National Organization for Rare Disorders and Rare Disease Database. Examples of X chromosome disorders include Klinefelter and Turner syndromes as well as fragile X syndrome, which is the most common cause of intellectual disabilities that are present in certain families.