The application will shine a light on the extraordinary work done by KU scientists and physicians in researching, treating and preventing the disease. What will remain largely hidden is the mammoth effort that goes into the application itself. 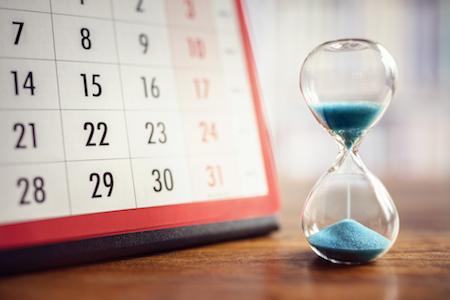 In one year, The University of Kansas Cancer Center will submit its application to renew its prestigious National Cancer Institute (NCI) designation in the hopes of attaining "comprehensive" status, the NCI's highest ranking. The application will shine a light on the extraordinary work done by KU scientists and physicians in researching, treating and preventing the disease.

What will remain largely hidden is the mammoth effort that goes into the application itself, a massive team effort that is ramping up now, and for the people who lead it, is already well underway.

An application for an R01 grant, the most common research grant awarded by then roughly 20 reviewers, most of whom are from other NCI-designated centers, will come to Kansas City to meet with researchers, view the facilities and resources on campus and hear presentations given by members of the cancer center, who must also respond to questions.

"There are literally hundreds of people who work on this—they are all responsible for a particular aspect of the application," said Roy A. Jensen, M.D., director of the KU Cancer Center. "You have to enjoy it, to a certain extent. The best part of the process is that I am convinced it makes us better. Otherwise, it wouldn't be worth it."

Established in 1971 when the National Cancer Act was signed into law, NCI designation means something far more real than a logo a cancer center can place on its marketing materials. It means that a center has met rigorous standards for research, prevention or treatment. Some federal research grants are available only to centers with this designation. Patients treated at NCI-designated centers can participate in clinical trials not available anywhere else. These patients have a 25% greater chance of survival than patients treated elsewhere.

Building an NCI-designated center was Jensen's mission when he was recruited from Vanderbilt to direct the KU Cancer Center in 2004. Under his guidance, the cancer center recruited top researchers; raised money from private donors and funding partners; created a cancer biology department; established a clinical research center in nearby Fairway, Kansas; and established the Midwest Cancer Alliance, now the Masonic Cancer Alliance, an outreach network designed to bring clinical trials closer to patients throughout the region.

In 2012, the KU Cancer Center's application for NCI designation was accepted. The cancer center became one of today's 71 NCI-designated centers in the country and the only one in the region, eliminating the need for people in the area to travel to Houston or Minnesota to get that level of cancer expertise.

But earning the designation does not mean the end of being evaluated. NCI-designated cancer centers must apply for renewal every five years. Meanwhile, the standards for designation can—and do—change. The cancer center must also submit annual progress reports to maintain the CCSG.

In 2017, the KU Cancer Center's NCI designation was renewed and its funding increased by 11%, but it fell short of being awarded comprehensive status.

Comprehensive cancer centers must demonstrate depth and breadth of research in three areas: the clinic, basic laboratory sciences, and prevention and population health. And rather than working in silos, members of the cancer center must be collaborating across those disciplines to conduct transdisciplinary research. Additionally, a comprehensive cancer center must effectively serve its catchment area, and show that they are addressing the specific cancers prevalent in that area. (The KU Cancer Center's catchment area is the state of Kansas and 18 counties in western Missouri, where they have identified the top 5 cancers as breast, lung, prostate, colon and hematologic.) And it must be actively training future biomedical scientists.

Over the past three years, the KU Center has increased its number of transdisciplinary research grants and its number of physician-scientists and made some key hires, such as Ronald Chen, M.D., MPH, who is associate director for health equity and an internationally renowned bladder, prostate and testicular cancer researcher. They've created a summer research program for area high school students. They've developed three drugs and brought them into the clinic, including the first new drug in over 40 years specific for the treatment of bladder cancer. Also, they are planning a new cancer research building so that investigators can work together. And last September, the cancer center was awarded an NCI Community Oncology Research Program (NCORP) grant to expand the reach of clinical trials in Kansas' rural communities-the only NCORP site in the country focused on rural areas.

Probably nobody understands the details of the application process more intimately than Lisa Harlan-Williams, Ph.D., an assistant professor at the KU Cancer Center who studies breast cancer. Also the assistant director for administration and education, Harlan-Williams must know the CCSG guidelines inside and out, to make sure they are followed and to write and submit the progress reports. Along with Teresa Christenson, associate director of administration at the KU Cancer Center, she also oversees the NCI-designation and grant-renewal applications every five years.

To re-apply for the CCSG and the NCI renewal and comprehensive, Harlan-Williams relies on a 69-page PDF file of instructions for all the components that must be submitted. She likens it to a book with 17 chapters, each with its own set of instructions and all of which she's read multiple times.

"Nobody eats, sleeps and breathes the CCSG guidelines like me, Roy and Teresa," said Harlan-Williams.

For the next 12 months, Harlan-Williams will be focused on the renewal application with an eye toward attaining comprehensive status. She estimates that 80% of her time will be spent out of the lab, working on the application: writing parts of it, editing all of it, gathering data and supplying it to people responsible for different sections of the grant, along with templates and instructions for what should go in each section.

An enormous part of her job will be making sure she gets pieces of the application she needs from other people in the cancer center, which includes physicians and researchers on the Kansas City and Lawrence campuses as well as from the cancer center's consortium partners, Children's Mercy and the Stowers Institute for Medical Research.

"Everybody has their own research that they're trying to run, and they're writing their own grants and trying to publish and just make a living, without then having this additional role," she said of the efforts required to compile the KU Cancer Center applications. "People really do it for the greater good."

Kristi Neufeld, Ph.D., Frank B. Tyler Professor of Cancer Research on the KU campus in Lawrence, is one of those people. Neufeld co-leads the KU Cancer Center's cancer biology program and has been writing parts of the NCI application since the first application was submitted in 2011.

Like the other program leaders contributing to the application, much of Neufeld's job is determining what cancer center members to highlight on her section of the grant. Of the more than 300 faculty who are members of the KU Cancer Center, more than 100 do work related to cancer biology, and not all that work-for five years-can be included. Neufeld said she relies on the annual reports submitted for the CCSG grant to narrow it down. She also considers the researchers' grants, their participation in clinical trials, if their work was published in a high-impact journals and how often their research has been cited by others.

She also looks for work that tells a scientific story that shows how the cancer center impacted the research-such as by bringing together different kinds of research onto a single project or enabling research through a KU Cancer Center pilot grant.

The KU Cancer Center's communications office assists with the story-telling aspect of the application, helping the researchers craft narratives about the process of scientific discovery as a journalist would, in a compelling way.

"We're trying to show the type of science that wouldn't occur if we didn't have a cancer center," said Neufeld. "For me, these stories are the most interesting and exciting part. And I think for scientists who are reading and reviewing the grant, that's probably true, too."

No doubt submitting that final revised, re-revised, and re-re-revised application will bring much relief, but not for long. The cancer center will then begin rehearsing for the site visit, which will likely be in February 2022. The cancer center also conducts its annual meetings with its external advisory board (EAB) similarly to a site visit, so that by the time the site visit comes along, it's not a new thing.

On the day of the site visit, in Beller Conference Center in the Hemenway Building, Jensen will give an overview and several researchers will give 10-minute talks, typically compelling stories not included in the application.

In March, the cancer center will receive its scores from the NCI, and in May 2022, the final decision on the renewal and comprehensive designation. No matter the decision, the process of striving has its own rewards.

"One of the things I enjoy most is the fact that I can point to things and say we are better now than we were 12 months ago," said Jensen. "We just keep getting better and better."

"There are literally hundreds of people who work on this—they are all responsible for a particular aspect of the application. The best part of the process is that I am convinced it makes us better."
- Roy A. Jensen, M.D., director of the KU Cancer Center