10,000 steps might really be the ‘magic pill’ everyone is seeking

Studies in JAMA show that walking 10,000 steps can improve cardiovascular health and reduce risks of both dementia and cancer better than any pill or injection currently available. 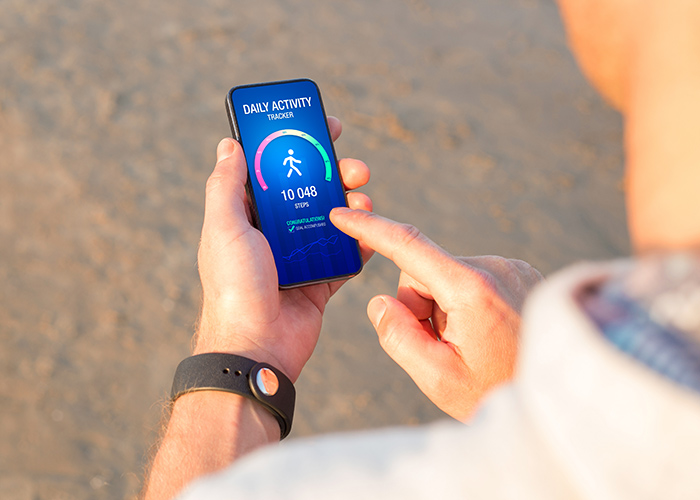 While walking 10,000 steps is ideal, fewer steps still confer many benefits, with even 3,800 steps daily reducing cognitive decline by 25%.

This fall, you might have seen articles featuring slightly overweight celebrities using an expensive new obesity drug, but what you may have missed is news of the best “drug” of all—walking 10,000 steps.

Studies published by the Journal of American Medical Association (JAMA) in JAMA Neurology and in JAMA Internal Medicine seem to show that walking is actually the prescription we should all be seeking. Walking around 10,000 steps a day appears to be linked to less dementia and less cardiovascular disease overall, with less heart disease, less heart failure and fewer strokes. It may significantly reduce your risk of 13 types of cancer while also lowering your risk of dementia by 50 percent.

“If we could put physical activity into a ‘pill’ it would likely be the most powerful medication that we have across a variety of health conditions,” said John M. Jakicic, Ph.D., a research professor in the Division of Physical Activity and Weight Management in the Department of Internal Medicine at KU School of Medicine.

The study in JAMA Neurology, published in September 2022, found that walking 9,800 steps per day was associated with steady declines in dementia risk, and even fewer steps than the 9,800 threshold were still associated with a decline. The study also found that greater walking intensity was related to significantly lower dementia risk. The companion study showed that for every 2,000 steps a day, you could lower your risk of premature death by 8% to 11%.

An article in Web MD summed it up nicely, “Turns out there is something special about 10,000 steps a day.”

None of this surprised Russell Swerdlow, M.D., co-director of the KU Alzheimer’s Disease Research Center (KU ADRC) and professor of neurology at KU School of Medicine.

“If exercise were a pill, we’d all be clamoring for a prescription,” he said. “We don’t fully understand exactly how exercise works, but we understand enough that everyone should be doing it.”

Swerdlow notes that there are exercise studies at the KU ADRC looking to see what “dose” of exercise is optimal for the prevention of cognitive decline, and he points out that the study in JAMA Neurology is one that associates steps with health, not one that tests different amounts of exercise in a randomized trial.

“This is certainly an area ripe for further study, and so many people at KU Medical Center are looking at exercise and preventing or slowing a number of diseases.”

One “pill,” many diseases treated

One of those researchers at KU Medical Center is Jakicic, who studies obesity and its relationship to chronic diseases, including cardiovascular disease, cancer and diabetes. He has published several studies on the association between better health and steps. He also was a member of the U.S. Department of Health and Human Services 2018 Physical Activity Guidelines Advisory Committee.

“Evidence suggests that accumulating up to 10,000 steps per day is helpful for reducing chronic conditions such as cardiovascular disease, type 2 diabetes, and some forms of cancer,” he said. “And more recent evidence supports the benefits of reducing the risk of dementia.” Jakicic also noted that there are benefits for people who are patients with pre-existing diseases as well as for those who are just healthy adults looking to prevent illness and enhance their longevity, resulting in more quality of life.

A large contributor to many health problems is linked to excess body weight, which suggests that weight loss will help to reduce those health risks. However, weight loss can be challenging for many. If you want to lose weight, walk 10,000 steps a day. “For patients interested in weight loss, when coupled with a modest reduction in calorie intake, progressing to 10,000 steps per day has also been shown to enhance long-term weight loss and the prevention of weight regain following weight loss,” Jakicic said.

Most health-conscious people know by now that the original 10,000 steps number often associated with good health was simply a number selected by a Japanese pedometer company in the 1960s. So, if there really is something to 10,000 steps, what is it? What exactly makes walking (or even vigorous walking) so good for our bodies?

Some of the answers may be simple, and some may be incredibly complex.

Sandra Billinger, Ph.D, professor of neurology in KU School of Medicine, studies exercise, brain health and stroke recovery. She notes that there are proven benefits to pumping blood through your system as we do when we walk.

“Movement and physical activity in general confer benefits on the vascular system, the heart and delivering oxygen rich blood to the muscles and organs,” she said. “There are so many molecules released that have positive effects on our body for blood pressure, cholesterol, glucose regulation and more.”

Billinger points to a 2020 study, featured in a New York Times article, that showed 9,815 molecular changes caused by exercise. That’s a lot of change, and scientists are doing more studies to understand all of it. Many of these studies are taking place at KU Medical Center.

Some of those studies may be done by Swerdlow’s lab, which studies exercise metabolism. Swerdlow looks closely at mitochondria, an organelle some call the “powerhouse of the cell” since it produces the chemical energy powering the cell. Failure of the mitochondria is connected to Alzheimer’s and cognitive decline, though scientists like Swerdlow are still figuring out why and how to boost mitochondria. Might exercise be part of the answer?

It turns out that exercise produces changes in mitochondria that we’re just beginning to understand.

“We often think of oxidation as bad,” Swerdlow said. “But in this case, it might be very good indeed.”

Do I really have to walk that far?

Maintaining an active lifestyle is important for preventing and surviving cancer, said Christie Befort, Ph.D., professor in the Department of Population Health in KU School of Medicine and associate director for Cancer Prevention and Control at The University of Kansas Cancer Center. Befort conducts community-based research in behavioral weight-loss intervention and cancer prevention and survivorship.

“Studies are beginning to confirm the benefits of the popular goal of 10,000 steps per day as the optimal number of steps for health and longevity, including for cancer prevention,” she said. “But some is much better than none. There are significant benefits seen with increasing steps at different increments, up to this optimal goal.”

Achieving 10,000 steps throughout your day is about the same as walking four or five miles, depending on your stride.

It sounds like a lot, but it might not be that much more than you walk now, Jakicic said. “The average adult in the U.S. gets between 2,000 to 4,000 steps per day doing their normal lifestyle activities and through their occupation. Your steps can really start to add up by seeking opportunities to move more whenever possible.”

Not everyone can do that, particularly people who are already suffering from a chronic disease. There’s good news in that studies show some exercise is better than none, with benefits increasing with step count—up to about 10,000 steps where those benefits either level off or stop. Billinger points out that smaller step counts can still provide incredible benefit.

“For people who reached 3,800 steps per day, dementia onset was reduced by 25%, which has significant public health recommendations,” she said of the JAMA Neurology study, noting that more research is needed.

At the end of the day, take the free pill, no prescription needed.

As always, consult your physician before beginning an exercise program. Let them know if you have any pre-existing health conditions, and don’t stop taking any other medications.

So, what if you’re a couch potato now? Jakicic says most people can work up to 10,000 steps. Here are his tips to work up to that goal.