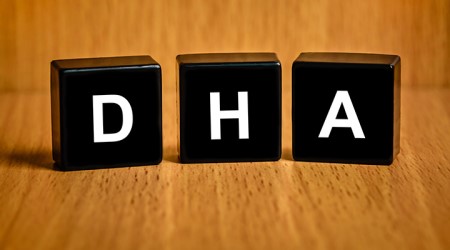 Docosahexaenoic acid, known as DHA, may help decrease pre-term birth if pregnant women with low DHA take 1000 mg instead the usual 200 mg found in some prenatal vitamins, researchers found. DHA is found in fatty fish and seaweed, but it can also be given as a supplement.

Early preterm births may be dramatically decreased with docosahexaenoic acid (DHA) supplements, with a dose of 1000 mg more effective for pregnant women with low DHA levels than the 200 mg found in some prenatal supplements, according to a study led by researchers from the University of Kansas and the University of Cincinnati and published in EClinicalMedicine, a clinical journal of The Lancet.

Early preterm birth, defined as birth before 34 weeks gestation, is a serious public health issue because these births result in the highest risk of infant mortality and child disability.

'Many would benefit' from more DHA

"This study tells us that pregnant women should be taking DHA," said Susan E. Carlson, Ph.D.,professor of nutrition in the Department of Dietetics and Nutrition in the KU School of Health Professions, co-principal investigator and first author on the study. "And many would benefit from a higher amount than in some prenatal supplements, particularly if they are not already taking a prenatal vitamin with at least 200 mg DHA or eating seafood or eggs regularly," Carlson said. "Many pregnant women take DHA, but we wanted to see if the amount in most prenatal supplements was enough to prevent early preterm birth."

"We knew from our previous work that women in the United States eat very little food sources of DHA, and we thought a higher dose might be needed to boost intake," said Christina J. Valentine, M.D., a neonatologist and registered dietitian at the University of Cincinnati and one of three principal investigators for the study.

Because preterm birth is associated with such negative outcomes and high health care costs, having an option for women to prevent preterm birth reliably and inexpensively is significant.

"This study is a potential game changer for obstetricians and their patients," said co-author Carl P. Weiner, M.D., professor of obstetrics and gynecology and professor of integrative and molecular physiology at the University of Kansas School of Medicine and professor of pharmaceutical sciences at the University of Kansas School of Pharmacy. "The dramatic decrease in early preterm birth with DHA supplementation will improve short- and long -term outcomes for children, families and society in a cost-effective fashion."

Carlson notes that this information should be widely shared with women who are pregnant and those planning to become pregnant. "Women should be consulting with their doctor and getting their DHA levels tested to ensure they are taking the proper dose to prevent preterm birth," she said.

About the innovative study

The study used an innovative Bayesian response adaptive randomization design developed by Byron J Gajewski Ph.D., a professor in the Department of Biostatistics & Data Science in the KU School of Medicine and one of three principal investigators on the study. "The study design allowed us to preserve the rigor of the study while allowing us to more efficiently work to accomplish the study goals," he said. One example of that, Gajewski said, is that once one arm of the study showed more success, future enrollees were more likely to be placed into that arm. "People enrolling the participants don't see behind the scenes, but the statisticians are able to use this technique to more efficiently get to the answers the study is seeking."

Funding for the study was providing by the National Institute of Child Health and Human Development (NICHD).

"Women should be consulting with their doctor and getting their DHA levels tested to ensure they are taking the proper dose to prevent preterm birth. "
- Susan E. Carlson, Ph.D., professor, Department of Dietetics and Nutrition at KU Medical Center