Renewal of five-year grant will provide funding for the KU Alzheimer’s Disease Research Center through 2026. 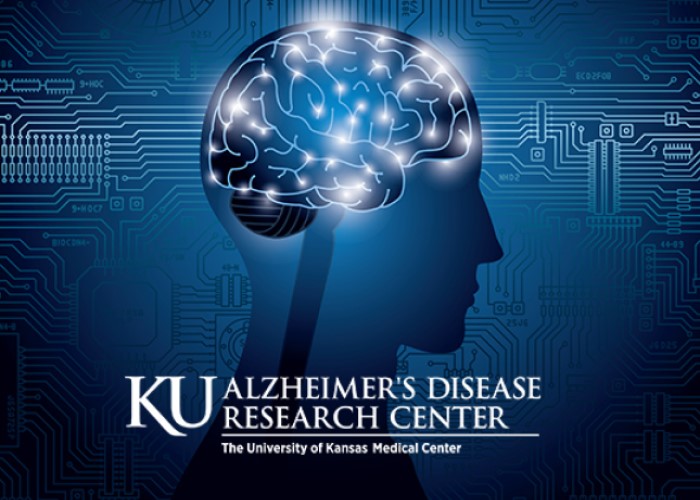 The KU ADRC, formerly known as the KU Alzheimer’s Disease Center, is working to translate research advances into improved diagnoses and care for people with Alzheimer’s disease and related dementias, as well as to find ways to treat and possibly prevent these diseases.

"The University of Kansas is proud to announce that the KU ADRC is again nationally designated by the National Institute on Aging," said Chancellor Douglas A. Girod. "Our Alzheimer's research and education outreach efforts are unparalleled in the region, and our clinical trials in exercise and mitochondria lead the nation."

The KU ADRC is one of 31 centers nationally designated by the NIA, which is part of the National Institutes of Health. "This national designation recognizes the tremendous work of the KU ADRC, which continues to grow both its clinical trials and outreach, including to underserved populations across Kansas and the entire region," said Robert D. Simari, M.D., executive vice chancellor of the University of Kansas Medical Center. "Alzheimer's is a terrible disease that affects not just the patient but also their caregivers and their entire family."

Nearly 6 million Americans suffer from Alzheimer's, which has few effective treatments and kills more people each year than breast cancer and prostate cancer combined. In Kansas and Missouri, nearly 180,000 people have been diagnosed with Alzheimer's.

"The renewal and accompanying grant will support our research infrastructure, which is associated with nearly $120 million in other grants," said Russell Swerdlow, M.D., director of the KU ADRC. "Our internationally recognized work in energy metabolism will continue to expand, as will our outreach efforts. In the years to come, our work will become more urgent. What we're really looking at is preserving brain health and fighting brain aging. As our population continues to age, fighting Alzheimer's becomes even more critical."

In the five years since its first renewal in 2016, the KU ADRC has supported more than 190 studies and enrolled nearly 3,400 participants into its clinical trials.

Like the other Alzheimer's Disease Research Centers funded by the NIA, the KU ADRC, formerly known as the KU Alzheimer's Disease Center, is working to translate research advances into improved diagnoses and care for people with Alzheimer's disease and related dementias, as well as to find ways to treat and possibly prevent these diseases. The KU ADRC received its first national designation in 2011, and its first renewal of the national designation in 2016.

"This designation is incredibly important in our efforts to optimize care for patients with dementia in Kansas City and across the state of Kansas, and it will accelerate our ongoing efforts to cure and prevent Alzheimer's disease," said Jeffrey Burns, M.D., co-director of the KU ADRC. "We also will continue to increase our outreach efforts as we need more clinical trial participants to keep expanding trials. The first person cured of Alzheimer's will be a person participating in a clinical trial."

Below, members of the Kansas federal delegation share their congratulations regarding the renewed NIA designation and what it means for the state: