Akinlolu Ojo, M.D., board certified in nephrology, became the new executive dean of the KU School of Medicine, charged with oversight of the campuses in Kansas City, Salina and Wichita. He is a national leader in research with more than $95 million in current grant funding and more than $200 million in federal research grant awards in his career.

Jerrihlyn McGee, DNP, RN, CNE, was chosen as vice chancellor for diversity, equity and inclusion. McGee was already on faculty in the School of Nursing when she was selected for this newly created position. She now serves as the chief diversity officer for all three schools and all three campuses of the KU Medical Center.

"We plan to make intentional efforts to further diversify our workforce and student body to reflect the populations we serve," McGee said.

Moser, who completed his family practice residency in Salina, said, "I'm extremely honored for this opportunity and look forward to serving in this role, back in the community that shaped me as a physician."Bob Moser, M.D., was selected to serve as dean of the KU School of Medicine-Salina. Previously, Moser led the Kansas Clinical Improvement Collaborative at The University of Kanas Health System and taught as an associate clinical professor in the KU School of Medicine.

In 2019, the first class of graduates from the KU School of Nursing in Salina earned Bachelor of Science in Nursing degrees.

Also in 2019, plans were unveiled for a $3.4 million expansion to the Salina Health Education Center, which serves as the home for the Salina campuses of both the KU School of Medicine and KU School of Nursing.

"What has already been achieved with the establishment of these schools and student success has gone beyond what anyone could have hoped for," said Moser.

Improving and expanding cell and developmental biology in Kansas will be easier with the renewal of an $18.9 million grant to support the Kansas Institutional Development Award Network of Biomedical Research Excellence, (K-INBRE). Funds will be used for multiple initiatives, including new faculty, research projects and mentorship activities.

"The network of universities across Kansas has resulted in a unified effort to build research programs, train our students, and build a strong workforce in biomedical research in Kansas," said Douglas Wright, Ph.D., program director and professor of anatomy and cell biology.

Researchers at the University of Kansas Alzheimer's Disease Center are testing dapagliflozin, a drug used to treat diabetes, in a single-site study to see its effects on Alzeheimer's. Research has uncovered a strong link between type 2 diabetes and Alzheimer's disease, though experts don't yet have a great understanding of why. As part of the study, researchers will use advanced imaging techniques to detect metabolic changes at the cellular level in the brain.

"If we're able to show that, it would prove that this might be an important way to think about altering brain health," he said. 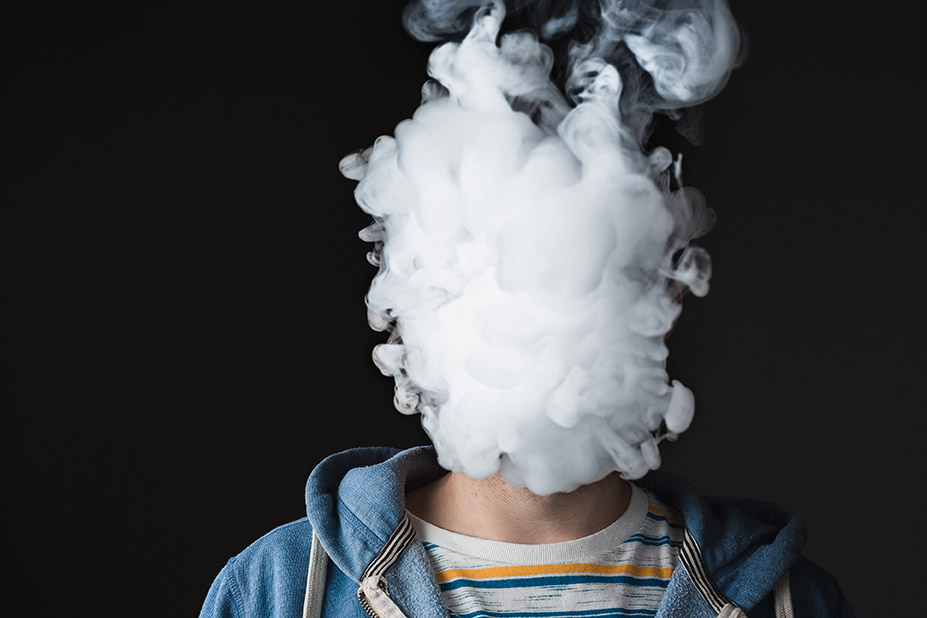 Pulmonologists at the University of Kansas Medical Center fielded questions from both local and national media about the dangers of vaping, especially after a second person in Kansas died from lung injury associated with vaping.

"We see inflammation that is similar to tobacco and cigarettes, and we see the inability of these cells to clear mucus," said Matthias Salathe, professor of Pulmonary and Critical Care Medicine and chair, Department of Internal Medicine at the KU School of Medicine.

The New England Journal of Medicine published the results of a clinical trial involving a three-drug cocktail called Trikafta. Results for patients with a certain type of cystic fibrosis were near-miraculous, and the drug is expected to extend the life span of thousands afflicted with CF.

The University of Kansas Medical Center was one of the clinical trial locations, and Deepika Polineni, M.D., MPH, assistant professor of Pulmonary, Critical Care and Sleep Medicine at the KU School of Medicine, was a co-author of the study.

"This is really a breakthrough. This is what many people are calling a game-changer in the disease,"  Polineni said.

1. Nursing student saves a life by applying her learning

School of Nursing student Jamie Franklin spent six minutes delivering CPR to a woman who nearly drowned in hotel pool in Mexico. Because Franklin was able to remember what she learned, the woman survived. It's the hands-down feel-good story of the year because it shows the far-reaching consequences of a high-quality health care education. It also displays the importance of practicing skills so students have the confidence to save lives.

"After I started doing compressions, I noticed myself thinking about the details of CPR I had learned during our Code Blue Simulation. I was impressed with the muscle memory I had retained from that training," Franklin said.